VS Battles Wiki
Register
Don't have an account?
Sign In
Advertisement
in: Tier 7, Tier Low 7-C, Tier 7-C,
and 35 more 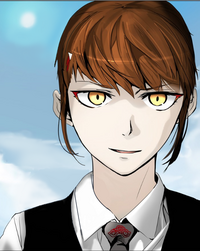 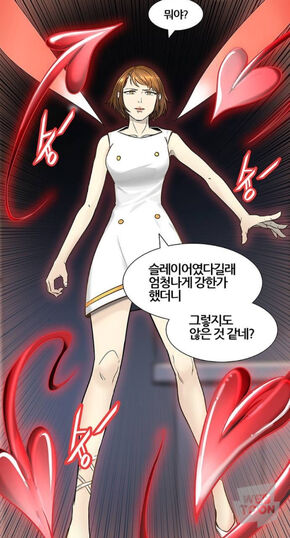 Androssi Zahard is a Regular and one of Zahard's Princesses, currently climbing the Tower. Regarded as very strong and haughty, Androssi is one of Koon's friends ever since meeting Baam. She is currently aboard the Hell Express on the Hidden Floor

Powers and Abilities: Superhuman Physical Characteristics, Longevity, Limited Self-Sustenance (Type 2; Anyone who can use shinsoo can pass prolonged amount of time without eating by gaining energy from shinsoo itself, although it can put a toll in their health), Acrobatics, Martial Arts, Skilled Swordswoman, Shinsoo Manipulation | Same as before, Forcefield Creation (Can use shinsoo barriers to block attacks), Homing Attack (Can use her shinsoo needles to focus on her opponent), Danmaku (Can attack using several baangs of shinsoo), Pain Manipulation (Filling an opponent with Shinsoo causes them intense pain), Energy Manipulation/Density Manipulation (By controlling shinsoo, the user can control its very high density), Minor Matter Manipulation (Depending on how much shinsoo can be controlled against the enemy, the user is able to hinder the walk of the opponent), Statistics Amplification (Can enhance her physical characteristics and speed through Shinsoo), Extrasensory Perception (Can sense beings from several meters away), Explosion Manipulation, Flight and Teleportation (Via Bong Bong), Shinsoo Resistance | Same as before | Same as before on a heightened scale | Same as before | Same as before on a heightened scale

Attack Potency: Small Town level (One of the strongest Regulars in the 1 Season. During the fight against a heavily suppressed Lo Po Bia Ren, she was portrayed as comparable to Anaak with Green April Ignition, who is this powerful), higher with Narumada Ignition (Stronger than before. Matched a heavily suppressed Quant Blitz) | Town level+ (Created a huge crater with a punch) | Large Town level+ (Fought against Lo Po Bia Elaine and only lost the battle due to the lack of knowledge of her powers. Matched Lilial Zahard, who as the strongest D-Rank Regular alongside her sister, should be superior to Kaiser) | Small City level (Became much stronger than before after training with Ha Yuri Zahard for over a month. Was generally portrayed as comparable to Baam with 1st Thorn before he completed his Revolution) | Small City level (Stronger than before. Comparable to Hidden Floor Arc Baam with 1st Thorn and Data Yu Han Sung) | Small City level (Stronger than before after training with Data Koon Eduan. Fought evenly with Post-3 Siblings Absorption Hoaqin. Much superior to both Rak and Aguero after they unlocked their shinsoo qualities in the Hidden Floor)

Stamina: Superhuman (As a full blooded Zahard Princess, her stamina should be higher than Anak's, who can fight after being pierced through near the heart)

Intelligence: Average, Skilled Combatant (Even as a child she was recognized to be a candidate for future Princess Zahard)

Excellent Physical Combat Skills: Androssi is well trained in physical combat skills and can easily overcome many other Fisherman of her level. She is also one of Zahard's Princesses and, as such, has received his power, giving her far greater strength and speed than a normal Regular. She was easily able to toss aside someone twice her size with one hand. It has been stated that currently among Regulars, Androssi is unmatched in terms of physical capability.

Excellent Physical Skills: In Part 2, Androssi's physical skills seem to have grown even more powerful, she is able to knock aside massive Workshop Patrols easily and smash through concrete with her kicks. She is also shown to be highly resilient, merely getting stunned when hit by the Travelle Traveller's anti-tank explosives and bruising Rak simply by walking into him.

Swordswoman: Although it isn't one of her more used forms of combat, Androssi is adept in the use of swords, as demonstrated by her use of Narumada, which she was also able to Ignite.

Shinsoo Enhancement: Androssi can use Shinsoo to further enhance her combat ability. When using Shinsoo, she is able to jump huge heights and also gains enhanced speed and reflexes.

Bong Bong - 10 Percent Output: Androssi is able to charge one of her feet with Bong Bong in order to unleash a powerful attack.

Shinsoo Quality: Love Dart: Androssi's shinsoo quality takes the form of red darts that she can use to attack from a distance.