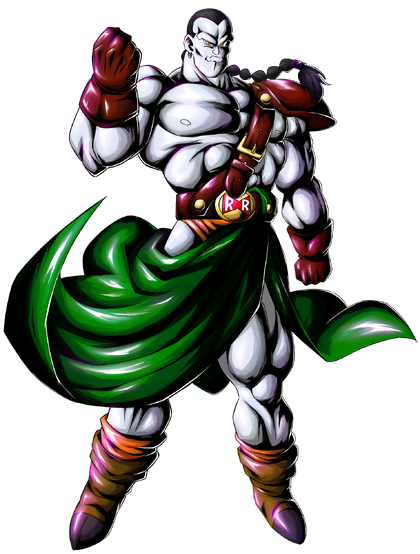 Android 14 (人造人間１４号 Jinzōningen Jū Yon-Gō, lit. "Artificial Human No. 14") is Dr. Gero's fourteenth Android creation. He is designed to serve Gero's vendetta against Goku, who overthrew the Red Ribbon Army as a child.

While the main timeline version of him was destroyed by Gero, the parallel world Android 14 makes his debut as an antagonist in the film Dragon Ball Z: Super Android 13!.

Powers and Abilities: Superhuman Physical Characteristics, Inorganic Physiology (Type 2), Self-Sustenance (Types 1, 2, and 3), Longevity, Acrobatics, Flight, Energy Manipulation (Can be used defensively and offensively, to strengthen his skin or to fire ki blasts, which can home in on targets, and form defensive barriers), Martial Arts, Built in Scanner, Resistance to Extreme Cold and Cosmic Radiations

Intelligence: Is combat smart and able to quickly gather information via scanning.