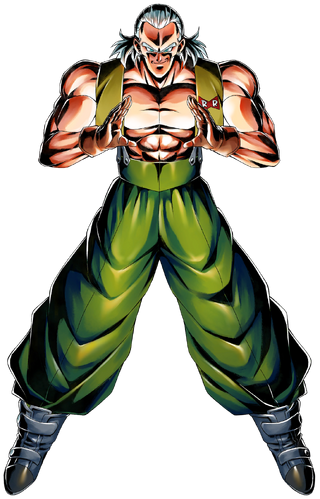 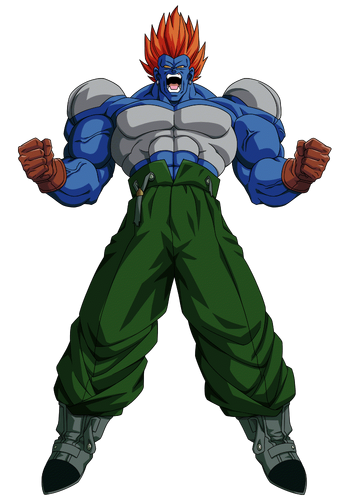 Android 13 is Dr. Gero's thirteenth Android creation. He is designed to continue Gero's vendetta against Goku, who overthrew the Red Ribbon Army as a child.

Powers and Abilities: Superhuman Physical Characteristics, Inorganic Physiology (Type 2), Self-Sustenance (Types 1, 2, and 3), Longevity, Acrobatics, Skilled in Martial Arts, Flight, Energy Manipulation (Can be used defensively and offensively, to strengthen his skin or to fire ki blasts, which can home in on targets, and form defensive barriers), Transformation (After absorbing components from Android 14 and Android 15), Built in Scanner, Resistance to Extreme Cold and Cosmic Radiations

Speed: Massively FTL+ (Kept up with non-canon Super Saiyan Goku) | Massively FTL+ (Should be at least comparable to Base Goku during the Otherworld Tournament Saga, during which he traversed the afterlife at 4.38 quadrillion times FTL)

Intelligence: Combat smart (Like most Androids has a supercomputer for a brain) | More assertive, maniacal and does not speak at all aside from yelling Goku's name upon his death.

Weaknesses: None notable | Short-tempered and single-minded.