VS Battles Wiki
Register
Don't have an account?
Sign In
Advertisement
in: Characters, Movie Characters, Chronicle,
and 14 more 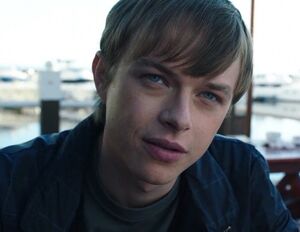 Andrew Detmer was a main protagonist before becoming the main antagonist of the 2012 film, Chronicle. He is a high school teenager who began videotaping his day-to-day life. Andrew on his computer before his father comes in and beats him out of his chair. At home, he is bullied by his abusive and alcoholic father, who is bitter about a firefighting injury that forced him into retirement, and it couldn't get any worse with the fact that his mother is dying of cancer. At school Andrew is unpopular and friendless, and constantly bullied.

Tier: 10-B physically, 9-A with Telekinesis

Powers and Abilities: Superhuman Physical Characteristics (via Telekinetic Enhancement), Telekinesis (Possesses powerful telekinetic abilities that slowly grow in power if Andrew exercises it a lot, manipulation of objects from distance, etc), Forcefield Creation (Able to telekinetically shield himself from incoming attacks [not automatic, needs conscious reaction from the user]), Flight (via Telekinesis), Durability Negation (Can negate durability to an extent via manipulating the bones and organs inside a person's body), Limited Telepathy, Electricity Manipulation and Weather Manipulation (Able to control lightning bolts from storm clouds. Able to shape a cloud into a middle-finger)

Attack Potency: Human level physically, Small Building level with Telekinesis (One of his telekinetic attacks blew up a room and was compared to an explosion, capable of telekinetically crushing an entire car or blowing away multiple police cars at once with a large telekinetic shockwave. Threw a bus hard enough to shatter the front of a building. Stronger than Matt and Steve due to training his powers more, could effortlessly block one of Matt's punches and hold his own against Matt despite being weakened). Can bypass conventional durability by aiming for internal organs

Speed: Average Human with Supersonic reactions, combat, and flight speeds (Able to react at flying at high-speeds through the air. Reacted to a plane flying at him, as well as objects thrown at him with telekinesis. Able to barely shield himself from an gas explosion and repeatedly blocks bullets), likely Massively Hypersonic+ attack speed with lightning bolts

Durability: Human level physically, Small Building level via Telekinesis (He plowed through multi-story buildings and was just fine. Survived being in the epicenter of a gas explosion, while partially off guard)

Stamina: Superhuman (Able to fight with another telekinetic while severely burned and injured by an explosion)

Intelligence: Academically smart but nothing out of the ordinary. Andrew was quick to learn his new powers. On the other hand Andrew was pretty bold/stupid as a criminal.

Weaknesses: He's physically still human and can be easily caught off-guard. His telekinetic shielding only works for a moment, requiring him to time each incoming threat individually. At the height of his power Andrew was emotionally unstable and rather easy to provoke.