VS Battles Wiki
Register
Don't have an account?
Sign In
Advertisement
in: Tier 9, Tier 9-B, Tier 7,
and 27 more 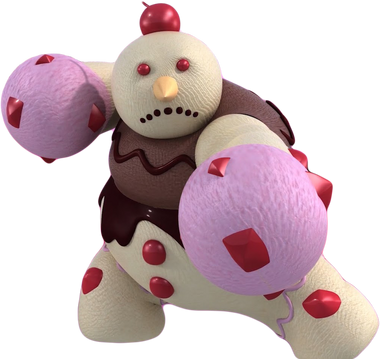 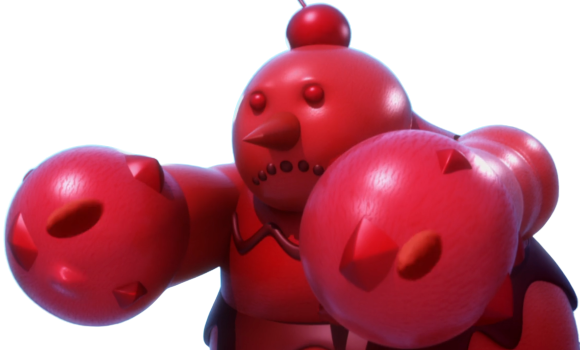 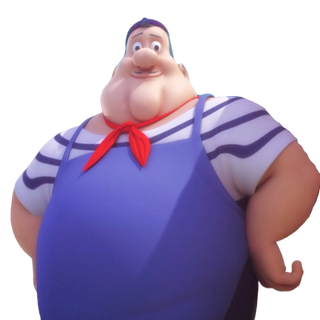 André Glacier is an ice cream vendor who lives in Paris, and is known for selling ice cream to lovers.

In the episode "Glaciator", after he fails to persuade Marinette to get another ice cream and gets his heart broken, André is akumatized by Hawk Moth into Glaciator, an ice cream supervillain.

Superhuman Physical Characteristics, Large Size (Type 1), Ice Manipulation (can fire ice cream blasts from his hands), Acrobatics, Organic Manipulation, Immortality (2, 3 and 6), Body Control, Can transform anyone who gets hit by his blasts into ice cream, Regeneration (At least Low-Mid, Possibly Mid. Can regenerate his legs back after they turned into liquid or being cut off. Survived his head being splitted by Cat Noir), Danmaku (Can send multiple ice cream blasts very rapidly. Can make his ice cream fall in rain-like fashion);Duplication, Paralysis Inducement, Power Bestowal, Possession, Corruption and Mind Manipulation (If his Akuma isn’t purified after being defeated, it would start to multiply into many more Akumas and infect different persons, turning them into Glaciators that would remain immobile until André gets Re-Akumatized)

Speed: At least Peak Human (Comparable to Alya and Nino) | At least Supersonic+ with Massively Hypersonic+ combat and reaction speed (Comparable to, if not faster than The Mime, was able to keep up with Season 2 Ladybug and Cat Noir)

Lifting Strength: Average Human | Class G (Should be comparable to other akumatized villains)

Striking Strength: Wall Class | Town Class (Should be comparable to other Akumatized Villains)

Weaknesses: Will not attack couples that are in love. Strong winds might cause his ice cream body to be blown away. His powers will be lost if his ice-cream scooper has been destroyed, though the Akuma inside of it is able to multiply and can return his powers once feeling negative emotions again unless purified.

Glaciator usually fights by firing his ice cream blasts at people, turning anyone who got hit by them into ice cream. However, he doesn't attack people in love

Note: His previous civilian body still remains while André IS Glaciator, and the akumatized object is located inside Glaciator's body too, unlike most akumatized villains