VS Battles Wiki
Register
Don't have an account?
Sign In
Advertisement
in: Tier 1, Tier 1-A, Characters,
and 39 more 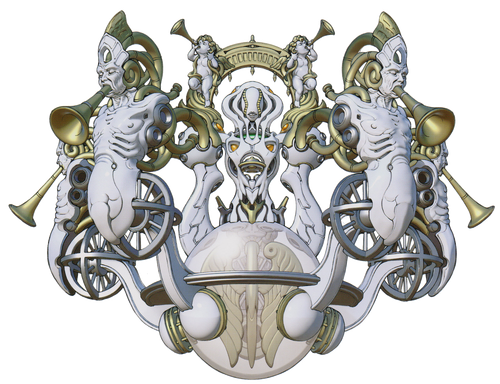 The Ancient of Days is one of the many avatars and forms of YHVH, and an embodiment of his countless different names, in particular representing His eternal existence. In the DLC quest Ancient One of the Sun, it is sent by God to the timeline of Blasted Tokyo in order to wipe out the last remants of humanity so that it can be replaced with a new species, initiating a repeat of Genesis in the process, which it refers to as the "dispensation of the universe." It is ultimately slayed by Flynn in combat.

Powers and Abilities: Cognitive Physiology (Archetype), Death Manipulation, Elemental Manipulation (Fire Manipulation and Ice Manipulation), Healing (Fully restores its own vitality or that of a selected target with Diarahan), Holy Manipulation, Light Manipulation, Poison Manipulation, Resistance Negation, Regeneration Negation (Can inflict "Brand," an incurable ailment which vastly reduces the effectiveness of healing abilities of any kind, represented in gameplay terms by the intake of HP and MP recovery being lowered to 1), Statistics Amplification and Reduction, Status Effect Inducement

Attack Potency: Outerverse level (Superior to Metatron, as he is nothing but a component of the Ancient of Days' fusion recipe, and therefore an aspect of it)

Weaknesses: Vulnerable to both wind and electricity-based attacks, although it will immediately restore itself to full health should either of those weaknesses be exploited.