VS Battles Wiki
Register
Don't have an account?
Sign In
Advertisement
in: Marvel Comics, Male Characters, Heroes,
and 38 more 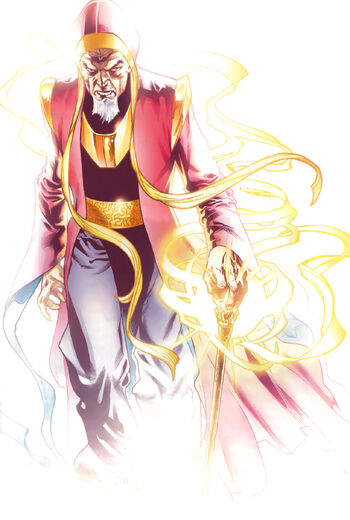 Name: Yao, "The Ancient One" (Title he's normally referred to as)

Age: At the very least hundreds of years old

Attack Potency: Solar System level. At least Universe level, up to Multiverse level+, possibly Low Complex Multiverse level with Artifacts and Spells (Should be comparable to Classic Doctor Strange. Can become one with Eternity)

Speed: Massively FTL+ (Reacted to Umar's Bolt of Bedevilment; Comparable to Classic Doctor Strange). Omnipresent state of existence across the universe if become one with the universe/Eternity

Standard Equipment: Used to be The Cloak of Levitation, The Eye of Agamotto and the Amulet of Agamotto.

Intelligence: Genius. Regarded as the most proficient Sorcerer Supreme of all time; Taught Doctor Strange practically everything he knows.

Weaknesses: His powers were diminishing with his advanced age, far beyond his prime.