VS Battles Wiki
Register
Don't have an account?
Sign In
Advertisement
in: Acrobats, Aliens, Avatar Creation Users,
and 56 more 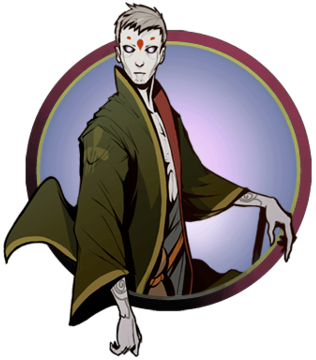 Ancient is the last surviving member of an ancient tribe located in the world of shadows. He is a powerful being who possesses a strong will. This makes him one of the few who can resist being turned by Titan into his mindless solider. After escaping from the destruction ordered by Titan upon his tribe, he hid in a tomb known as the Stone Grove, where he buried himself into oblivion. Over the years, many have tried to find him for different reasons, some to gain his instruction, while others his head. Many strong, proud and fine warriors have claimed to fight Titan before. Each of them found Ancient and talked to him so that he would help them in the art of fighting. As time passed, he saw each one of them on Titan's leash, their eyes empty, devastating their own homeworlds. Seeing as history was repeating itself over and over again, Ancient lost all hope in anything, leaving the belief that Titan could be defeated in the past. This all changed when one day he met a great invincible warrior from Earth, who proved to him that Titan's defeat was a possibility. The champion motivated him to leave the Stone Grove and go to the war of his own. Before doing so, he saved the champion from death at Titan's hands by stopping time to give him another chance at defeating the conqueror. After the warrior succeeded in his quest, Ancient finally resumed his.

Superhuman Physical Characteristics, Acrobatics, Avatar Creation (Can create physical incarnations of the people he keeps in his memory), Causality Manipulation (via Inverted Controls), Combat Manipulation (via Magic Level 47, Equipment Level 47, Weapon Level 48, Equipment Level 48, Armor Level 49, Equipment Level 49), Cosmic Awareness (Is aware of events happening in other dimensions), Damage Boost (via Head Hit, Critical Hit), Damage Reduction (via Block), Damage Transferal (via Enemy Returns Damage), Darkness Manipulation (via Fight In The Dark), Death Manipulation (via Dodge Enemy Missiles, Dodge Enemy Magic), Dimensional Travel (Can travel from one dimension to another), Durability Negation (via Passing Burning Effect), Empathic Manipulation (via Shock), Fate Manipulation (via Historical Importance Index Mechanism, You Lose On Ring Out, You Lose If You Fall, Score Victory, Reach Aggressive Style, You Win On Timeout, Hot Ground, Disarm), Genius Intelligence, Healing (via Enemy Regenerates Until Being Hit), likely Incorporeality (Can become a ghost after dying), Information Analysis (Can gain people's memories by taking their form), Invisibility (via Invisible Enemy), Invulnerability (via Score Victory, Enemy Takes Damage In Shown Area Only, Throw Enemy In Shown Area, Disarm), Law Manipulation (Can copy, combine and inflict the universal laws of other planes of existence upon his enemy in the form of Fight Rules), Longevity, Madness Manipulation (Type 2; Can make people go insane by loading their mind with a certain idea), Martial Arts, Memory Manipulation (Can wipe people's memories and replace them with others), Non-Physical Interaction (Can harm disembodied shadows and hear the screams of the ancients' ghosts), Pain Manipulation (via Head Hit, Shock), Plant Manipulation (via Thorns On Walls), Power Nullification (via Critical Hit, Shock, No Blocks, Kicks Only), Reality Warping (via Shrinked Fight Location), Regeneration (Low-Mid), Resurrection (Can give people new life and the ability to come back from their graves whenever they are defeated), Sense Manipulation (via Hidden Healthbar), Shapeshifting (Can change others' form as well as his own), Sleep Manipulation (Can forcibly put people to sleep), Sound Manipulation (Can change his voice so that it fits the one of the people he is impersonating), Statistics Amplification (via Reach Aggressive Style, Aggressive Enemy), Status Effect Inducement (via Passing Burning Effect), Supernatural Willpower (Has a strong will that allows him to resist mental powers), Time Manipulation (Can stop and reverse the flow time), Vibration Manipulation (via Periodical Earthquakes), Weapon Creation (Can recreate the weapons of the people he is impersonating), Weapon Mastery (Skilled Whip Sword user), Resistance to Mind Manipulation (Resisted getting turned by Titan into a mindless solider, not having his thoughts changed or his mind harrowed), Madness Manipulation (Resisted the Sphere's attempts at making him go mad), Empathic Manipulation (Resisted being turned by the Sphere into a monster filled with anger and Titan's attempts at changing his feelings), Memory Manipulation (Resisted Titan's attempts at changing his memories)

Attack Potency: City Block level (Was able to easily overpower Shadow in combat, who shortly after their fight defeated a Shroud that previously trashed a Shadow that formerly defeated Shogun in combat). Can ignore conventional durability with Passing Burning Effect.

Speed: Massively Hypersonic (Can keep up with Shadow in combat after the previous dodged Hermit's cloud to earth lightning)

Lifting Strength: At least Peak Human (With little issue he can grab and throw Shadow, who wears heavy steel armor and who also holds an extremely heavy weapon at the same time)

Stamina: High (Ancient can fight up to three rounds against Shadow, an enemy who never grows tired, while sustaining heavy battle wounds such as deep blade wounds to vital areas, powerful blunt attacks that knock him unconscious, impalements, being burned by plasma and fire, getting paralyzed from high voltage electricity, bleeding heavily, having a bomb attached to his body explode, getting crippled and having his legs broken)

Intelligence: Extraordinary Genius (Was the instructor of many fighters of many different worlds and thus has knowledge over a lot of fighting styles. His knowledge and intellect is as high as Bolo's and Nanami's, having a vast knowledge that Bolo possesses over the nature of time, and the incredible intellect of Nanami that allows him to manipulate reality by manipulating universal laws)

These rules are universal laws that Ancient claims to come from the worlds of the Champions that fell under Titan's feet. Being able to manipulate them, Ancient can combine and change them if he wishes to do so, the following set combinations he inflicts upon the enemy being only the rules the Champions used to fight under when they sparred with Ancient.

Historical Importance Index is a mechanism in the Shadow Fight world which allows all people to change the course of world history processes with their wishes, thus being able to change the face of the world based on their personality. Because everybody has access to this power, more often than not their wishes will intercept and clash with each other over which one gets to become reality. The winner whose wish will triumph over the one of his adversary is the one who is simply more important to the world than the other. This is why people who are very important will change the fate of the world with their wishes so suddenly they won't even know how they succeeded so easily, because they don't even have to try much, while those who are less important than the previously mentioned won't be able to change the world with their wishes even if they try harder than the more important people to make them reality, their wishes getting completely overwritten by those of the more important individuals. One's historical importance index is as high as how many other lives they impacted, and how dramatically. The higher the index of historical importance of a person is, the more "luck" they get in all their plans, the more of their wishes will come true. 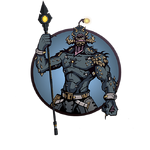 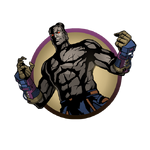 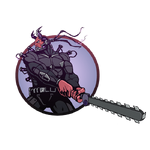 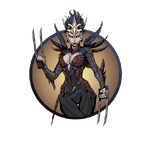