VS Battles Wiki
Register
Don't have an account?
Sign In
Advertisement
in: Digimon, Characters, Anime Characters,
and 54 more 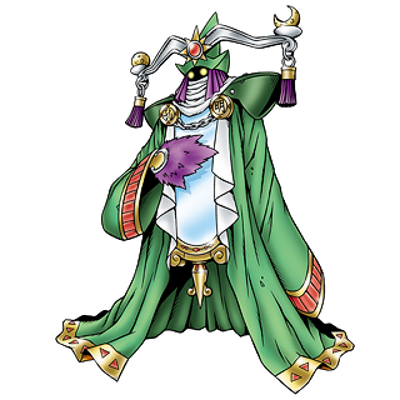 Possessing the attribute of "Steel", AncientWisemon is one of the legendary Ten Warriors Digimon that saved the ancient Digital World. A Mega who existed only in the distant past, it is the wisest person in the Digital World. Due to the Akashic Records which record all of the excellent intellects of ancient times, it is said that there is nothing which Ancient Wisemon doesn't know. It is a sage that possesses the knowledge of the distant past, but can also forecast the distant future. Also, it is said that Ancient Wisemon's mirror body is connected to the spirit world. Ancient Wisemon's abilities were later passed on to the "Mutant Digimon".

Attack Potency: At least Planet level (As one of the Ten Legendary Warriors, Ancient Wisemon is much stronger than the average Mega-level Digimon. Helped to defeat Lucemon, but was eventually killed by the angel)

Speed: Relativistic with FTL Combat and Reaction speed (Comparable to the other Warrior Ten)

Range: A few meters as Impmon and Wizardmon | Planetary with projectiles, Varies with Pandora Dialogue

Overwrite: All Digimon can rewrite their data, so that they are able to react to various situations that were once problematic for it. This usually causes a gigantic increase in power, durability, speed and sometimes new skills and resistances to be gained. However, the more emotional the Digimon is, the more violent the overwrite becomes and thus can lead to negative effects. In AncientWisemon's case it has this ability to a ridiculous level allowing reactions to the emotions to be much faster and guarantee a much greater power increase than most Digimon can reach in a short time.