VS Battles Wiki
Register
Don't have an account?
Sign In
Advertisement
in: Tier 3, Tier 3-C, Digimon,
and 34 more 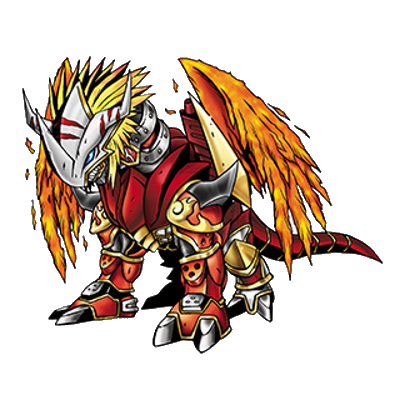 AncientGreymon is an Ancient Dragon Digimon. Possessing the attribute of "Flame", it is one of the Ten Legendary Warriors that saved the ancient Digital World. A Mega who existed only in the distant past, it is told that its strength surpasses that of current Megas, and it is certainly a "Mega" being. Its abilities were later passed on to the "Dragon Digimon", such as the Greymon-species. It is said that in the previous crusade, it survived to the end alongside AncientGarurumon, and sealed away Lucemon.

Speed: FTL , with Massively FTL+ Reactions and Combat speed (Should be far faster than Ultimate levels such as MetalGreymon)

Intelligence: AncientGreymon was able to fight against the likes of Lucemon and as the original Greymon it is likely that he is as skilled of a fighter as that family if not even more skilled.