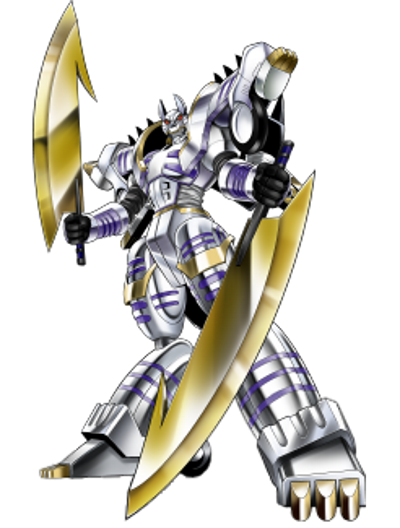 AncientGarurumon is an Ancient Beast Digimon possessing the attribute of "Light", it is one of the legendary Ten Warriors Digimon that saved the ancient Digital World. An Ultimate who existed only in the distant past, it is called the "Supreme Shining Beast". AncientGarurumon's abilities were later passed on to the "Beast Digimon". It is said that in the previous crusade, it survived to the end alongside AncientGreymon, and sealed away Lucemon.

Intelligence: Extremely High. A talented swordsman who could fight the likes of Lucemon and should have equal battle expertise as AncientGreymon.

Start a Discussion Discussions about AncientGarurumon