VS Battles Wiki
Register
Don't have an account?
Sign In
Advertisement
in: Tier 3, Tier 3-C, Digimon,
and 40 more 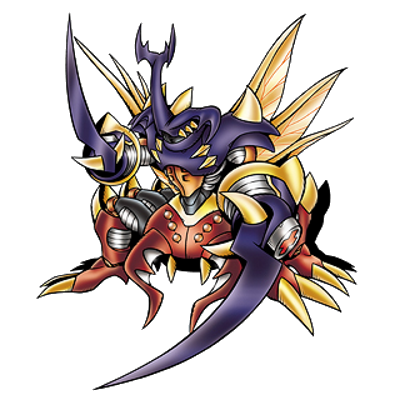 AncientBeetlemon is an Ancient Insect Digimon possessing the attribute of "Thunder", it is one of the legendary Ten Warriors Digimon that saved the ancient Digital World. A Mega who existed only in the distant past, it has an appearance fused from many insects such as the Rhinoceros beetle and Stag beetle. Its shell has a hardness rivaling that of Chrome Digizoid, so the falx on both of its arms can cut through anything, and it can easily lift up objects hundreds of times its own weight. Ancient Beatmon's abilities were later passed on to the "Insect Digimon". 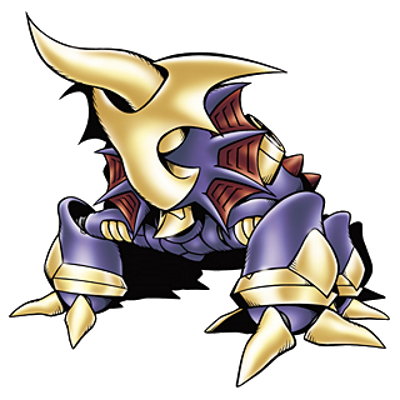 A Digimon that possesses power over Thunder that has transcended legend by inheriting all the might of one of the legendary Ten Warriors and acquiring unknown abilities. It has such a gigantic body and a heavy shell that it could be mistaken for a Dinosaur. It has the ability to generate a special magnetic field with ultrahigh voltage electric current, and is able to freely manipulate it using its gigantic horn. Although rushing techniques are its specialty, it doesn't actually come into contact with the opponent, but instead tosses them away with that special magnetic field.

Intelligence: As one of the Warrior Ten, AncientBeetlemon is a very skilled and powerful combatant.

Overwrite: All Digimon can rewrite their data, so that they are able to react to various situations that were once problematic for it. This usually causes a gigantic increase in power, durability, speed and sometimes new skills and resistances to be gained. However, the more emotional the Digimon is, the more violent the overwrite becomes and thus can lead to negative effects. In AncientBeetlemon's case it has this ability to a ridiculous level allowing reactions to the emotions to be much faster and guarantee a much greater power increase than most Digimon can reach in a shorter period of time.