VS Battles Wiki
Register
Don't have an account?
Sign In
Advertisement
in: Characters, Dungeons and Dragons, Orcs,
and 17 more 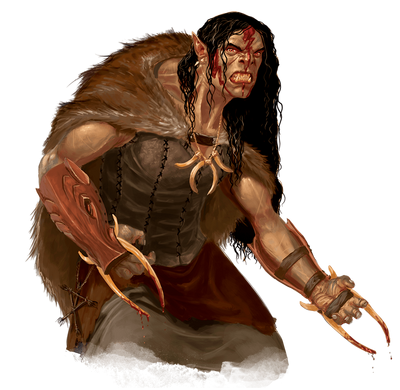 The Anchorite of Talos are a race of half-orc spellcasters whose powers were granted by Talos, the God of Storms. Akin to their patron, they are a group geared towards destruction. They frequently carry out rituals and pacts for their god in order to bring upon their god's storms and other threats their god might wish for them to utilize.

Speed: Subsonic (Superior to baseline adventurers that can dodge arrows at point-blank range

Stamina: High, should be able to keep pace with trained warriors

Intelligence: Below Average, comparable yet inferior intellectually to average humans, relying particularly on their worship to Talos for their spellcasting prowess and abilities.

Weaknesses: Spells are only able to be cast a certain amount of times per day

Innate Spellcasting The Anchorite of Talos can innately cast the following spells, requiring no material components. The spells listed can only be cast once per day except for thunderwave, which can be casted three times.