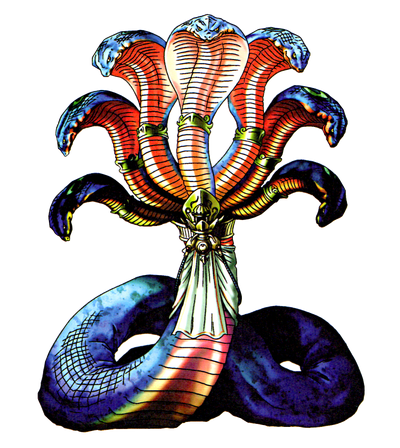 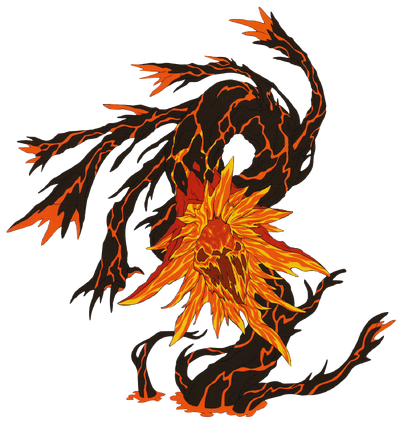 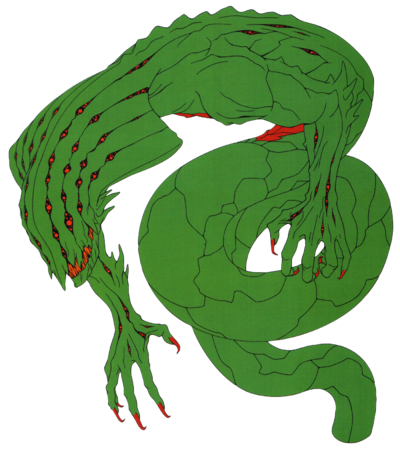 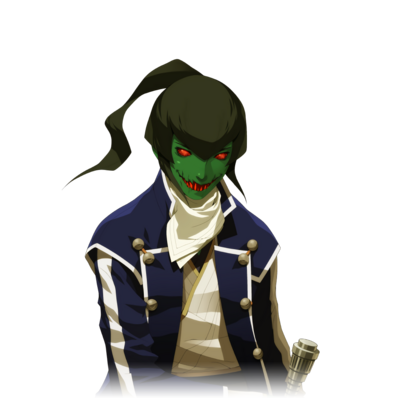 Ananta Shesha is one of the kings of the Nagas in Hindu myth. A serpent with a thousand heads, it sleeps under the Earth and will watch over the end of the world with Vishnu and protects the god in the sea of milk.

Age: Inapplicable, beyond the concept of time

Powers and Abilities: Superhuman Physical Characteristics, Abstract Existence (Type 2), Immortality (Types 1, 3, and 8. Can return to The Axiom to reform indefinitely), Regeneration (High-Godly. Capable of regenerating after being erased from nonexistence alongside the entire multiverse across past, present and future), Higher-Dimensional Existence, Conceptual Manipulation (Type 2), Nonexistence Erasure (Characters far weaker than Ananta Shesha can destroy nothingness and nonexistent beings with nothing but normal attacks), Acausality (Type 4; Demons are naturally born in a world beyond time and do not perceive it linearly, being completely unaffected by the collapse of the multiverse across past, present and future), Non-Corporeal (As a Demon, Shesha is not a physical being, and is a thought-form made of pure information and data), Reality Warping, Spatial Manipulation (Can create spatial rifts which he uses to teleport and hide part of his size), Time Manipulation, Soul Manipulation (Devours the soul along with the body), Matter Manipulation, Life & Death Manipulation, Instant Death (Through the spells Hamaon and Mudoon), Mind Manipulation, Teleportation, Forcefield Creation (Reflects magical attacks with Makarakarn, Water Wall nullifies ice attacks, Green Wall resists Wind, Electric Wall resists Electric), Self-Resurrection (Revives one day after his death), Reactive Evolution (Becomes significantly stronger and more intelligent every time he resurrects), Healing (Removes all ailments with Amrita, Gradually heals while moving with Spring of Life, Restore all damage with Mediaharan, Diarahan and by coiling up), Status Effect Inducement (Inflict Paralysis and Bind with Stun Bite, Inflict Sleep with Dormina, Confuses targets with Mist, Inflicts Poison with Venomous Flare, Chance of Poison/Bind/Charm to one foe with Serpent's Hunger, 60% daze to all foes with Earthquake, Inflict Stun on all foes with Stun Wave, Inflict Panic on all foes with Sonic Wave, Inflict Sleep with Dream Haze), Radiation Manipulation, Light Manipulation, Darkness Manipulation, Curse Manipulation, Probability Manipulation, Energy Manipulation, Can reduce enemies MP (Foes lose MP equal to half the amount of damage taken with Sacrifice), Ice Manipulation (Deals heavy ice damage to all foes with Mabufudyne), Sound Manipulation (Sonic Wave and can deal physical damage to all foes with Seismic Yawn), Fire Manipulation (Fire damage and chance of Poison to all foes with Venomous Flare), Earth Manipulation (Medium physical damage and 60% daze to all foes), Elemental Manipulation, Buffing/Debuffing (Charge multiples the user's next physical/gun damage by 2.5, Removes all debuffs with Dekunda, Increases party's defense with Marakukaja, Increases party's attack with Matarukaja, Strengthen Nuclear attacks by 25% with Nuclear Boost), Size-shifting, Large Size (Type 1, assumes this size during the fight against Nanashi's party. Type 3, appears to be this size during his first appearance. Type 8, according to Hindu lore, Ananta Shesha is said to be big enough to able to hold all the planets in the universe on his hoods), Attack Reflection/Absorption/Nullification (Absorbs ice attacks with Drain Ice, Reflects Electric, Nullifies Ice and Light), Resistance to Physical, Gun, Fire, Ice, Electric, Force, Light, and Dark | All previous abilities to a greater extent, Statistics Amplification (Critical Eye guarantees a critical hit for the user's next physical/gun attack), Almighty attacks that bypass all defenses (Wave of Endless Power deals Almighty damage to all foes) | All previous abilities to a greater extent, Weapon Mastery, Shapeshifting (Disguises himself as Flynn), Soul Manipulation (Can now devour souls through the target's faith without having to eat the body), Resistance to Conceptual Manipulation

Speed: Immeasurable (Exists unbound by Time and Space, being naturally born in The Expanse, a conceptual realm of thought which transcends the flow of Time across the Multiverse, allowing those who enter it to travel throughout Space and Time at will) | Immeasurable | Immeasurable

Lifting Strength: Immeasurable (Ananta Shesha can hold all the planets in the universe on his hood through sheer size alone, and exists beyond the laws of physics) | Immeasurable | Immeasurable

Intelligence: Low (Initially appears to be mindless) | After his resurrection, Shesha becomes significantly more intelligent, developing sentience, learning how to speak, and developing a cruel personality. During the second fight, it can be seen that Shesha begins to use strategies, as shown as he tries to lead Nanashi into a counter attack | High (After his second resurrection, Shesha gains the ability to perfectly disguise himself as Flynn to the point that no one could tell the difference except for Lucifer and Merkabah. Very charismatic and capable of leading an army of hunters into battle. Perform highly encouraging speeches that can motivate others to follow him and even give up their lives charging into danger)

Weaknesses: Weak to Ame-no-habakiri/Ame-no-murakumo, Spear of Michael, and Gungnir

Retrieved from "https://vsbattles.fandom.com/wiki/Ananta_Shesha_(Shin_Megami_Tensei)?oldid=7007799"
Community content is available under CC-BY-SA unless otherwise noted.