VS Battles Wiki
Register
Don't have an account?
Sign In
Advertisement
in: Tier 9, Tier 9-B, Tier 8,
and 26 more 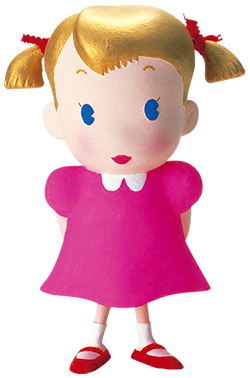 Ana, written as Anna in Japanese sources, is a character in Mother. She is normally the third character to join Ninten and is also the only member of his team, excluding Pippi, who is female. She usually uses frying pans as her primary weapon, along with many powerful PSI powers. Ana is a sweet young girl who lives in a church (or "chateau" in the English prototype) in the land of Snowman with her father, where she is famous for her psychic powers when she joins the adventurers. She dislikes using said powers and will only use them when truly necessary. Although she is not very brave and has never ventured out of Snowman alone to that point, she is described as kind at heart, with a great sense of direction. According to her character profile, she once saved frogs from being dissected in her school. Recently, she could not sleep because of her dreams. The people of Snowman became concerned about her when she suddenly stopped coming to school. Her mother has disappeared, and she wants to find clues as to her abduction in Easter.

Ana is considered a stereotypical heroine with weak physical strength, similar to her EarthBound counterpart, Paula. She reveals later in the game that she is in love with Ninten, although it is unclear whether she and Ninten remain together after the game's events; in the ending of the English prototype and Mother 1 + 2, however, Ana is shown reading a letter from Ninten implying that they do remain a couple.

Lifting Strength: Superhuman | Class M (Should be the same as Paula)

Range: Extended Melee Range with weapons, Dozens of meters with Boomerang and Slingshot, Hundreds of Meters, possibly higher with PSI (Via scaling to PSI users like Poo who uses PK Starstorm which is described as “shaking the stars, her own PSI includes PSI such as cloud to ground lightning), Low Multiversal with Onyx Hook and Memory Chip (Onyx Hook takes Ana back to Magicant and Memory Chip teleports her to Eve even if she’s in Magicant)

Intelligence: Gifted (PSI users are naturally smart. Almost as smart as Lloyd, who can create and fix broken weapons. Able to outwit enemies and make use of his PSI abilities in a more creative manner to the point where he turns the tides to her favor. Ana is capable of viewing an enemy figuring out their weaknesses, stats and strengths. Can navigate the monkey caves where monkey's constantly lie about directions and where to go)