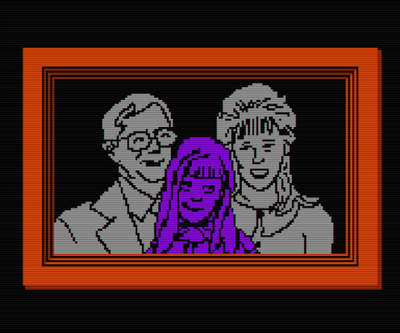 Amy Martin is a young girl, supposedly possessed by a demon that led her to kill her parents and drive off an attempt to exorcise her, one year before the surviving priest, John Ward, returns to finish what he started.

Powers and Abilities: Levitation, Illusion Creation (She can create illusionary duplicates of herself to disorient and distract a victim), Invisibility, Summoning (She can materialize other demonic entities), Possession

Speed: Athletic Human (She can charge John at speeds much faster than he is capable of and can only barely dodge).

Intelligence: Amy cunningly uses her abilities to disorient, manipulate, and brutally murder anyone who gets in her way, surviving an earlier attempt to exorcise her despite being outnumbered and killing nearly everyone involved.

Retrieved from "https://vsbattles.fandom.com/wiki/Amy_Martin?oldid=5457687"
Community content is available under CC-BY-SA unless otherwise noted.