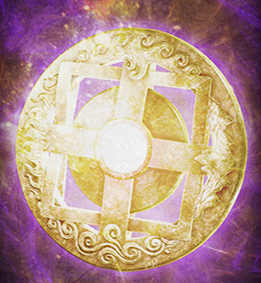 The Amulet of Shinnok is a powerful weapon used by the fallen Elder God of Death, Shinnok. It is a gold talisman inscribed with intricate markings of the four elements on side of the square which holds a green jewel at its center.

Name: Amulet of Shinnok, Shinnok's Amulet or simply the Amulet

Range: Tens of kilometers (Destroyed a Shokan vessel sitting on the horizon)

Weaknesses: Slowly kills wielders weaker than Shinnok, depending on how long it is used

Start a Discussion Discussions about Amulet of Shinnok