VS Battles Wiki
Register
Don't have an account?
Sign In
Advertisement
in: Characters, Avatar: The Last Airbender, Water Users,
and 17 more 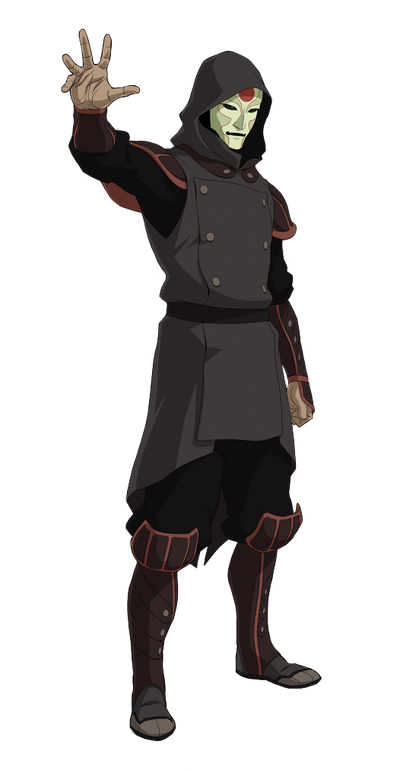 Amon, born as Noatak, was the charismatic and mysterious leader of an anti-bender revolutionary group known as the Equalists.

Their ultimate goal was to introduce equality for all by permanently ridding the world of benders. A nimble, agile, and stealthy fighter, Amon was fearless in facing his opponents, regardless of their powerful bending skills and abilities.

Origin: Avatar: The Last Airbender (The Legend of Korra)

Durability: Large Building level with bending (Took a lightning bolt head on and survived, though barely. He also took a lot of attacks from Korra and Mako)

Intelligence: Amon is a calculating and manipulative individual; his schemes are well planned and executed with great efficiency. He is also cautious, as he avoids direct conflict with benders, especially those with great power such as Korra, knowing that he risks exposure in facing them. He displays utter fearlessness, which was exhibited when he was nearly blasted by Korra's firebending, overcoming Tarrlok's bloodbending, and chasing after Korra following her escape from Tarrlok's hideout. He is clever and composed, as well as a convincing orator. He has a high command of the art of public speaking, knowing how to mystify and terrify his audiences and enemies alike, inspiring loyalty with each word and gaining widespread following for his cause. He is a strong-willed individual in possession of a high level of self-control, making him an extremely formidable opponent. His calm composure never wavers; when Korra escaped her prison and fired large missiles of ice at him, Amon did not hesitate to chase after her, but he remained composed when he lightly scolded his subordinates for underestimating her, which he had warned against.