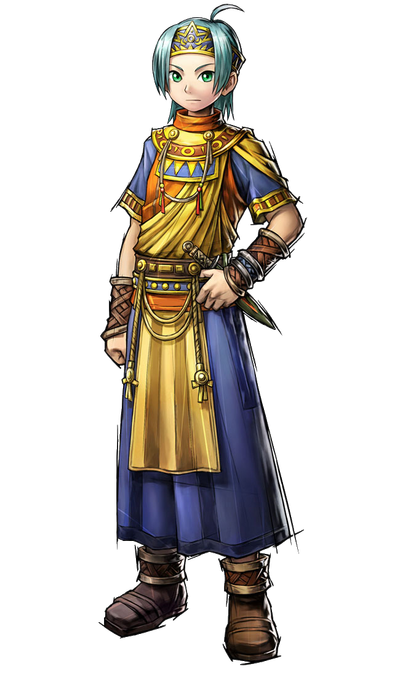 Amiti is a Mercury Adept and a playable character in Golden Sun: Dark Dawn. He is the prince of Ayuthuy and the son of Alex.

Attack Potency: Large Star level (Can summon and should be superior to Iris, who can transform into a bright star which then goes supernova engulfing multiple planets in the process)

Speed: Massively FTL+ (Comparable to Iris, who can fly and react at this speed)

Intelligence: Gifted. Comparable to other party members. He is excellent and skilled in the art of combat, formalities, puzzle solving, Alchemy, and Psynergy.

Retrieved from "https://vsbattles.fandom.com/wiki/Amiti_(Golden_Sun)?oldid=5951491"
Community content is available under CC-BY-SA unless otherwise noted.