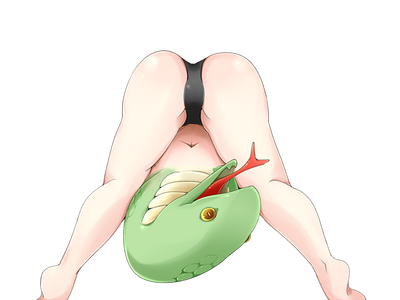 Amira is an unfortunate friend, a kind of monster whose humans and monster parts have somehow been reversed. This means that she is a human whose upper torso and head have been replaced with a snake's head.

She appears to Luka as a secret admirer bent on helping him, despite his clear disgust with her. Although she is clearly delusional, she does genuinely help Luka in gathering info for him about the spirits or any other aspects of his quest.

In the Paradox Timeline, she is a member of an Informant guild and only joins the party after they are forced to investigate a criminal case in a local slum.

Standard Tactics: In the original trilogy she would focus on kicks and physical attacks, although in Paradox she seems to use Talk moves more often than not

Retrieved from "https://vsbattles.fandom.com/wiki/Amira?oldid=7032007"
Community content is available under CC-BY-SA unless otherwise noted.