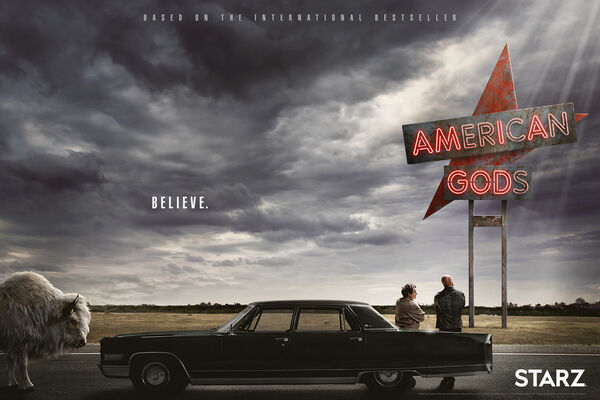 For detailed information about this series, visit the American Gods Wiki. 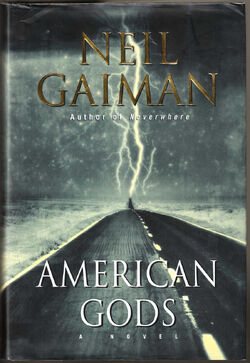 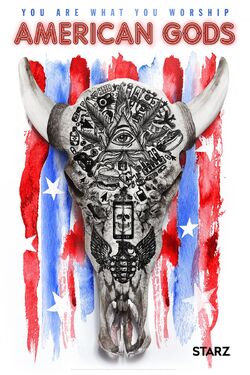 American Gods is a 2001 Hugo and Nebula-award winning novel by English writer Neil Gaiman. The novel is an Urban Fantasy story that mixes ancient mythology with Americana, re-imagining gods of old legends and inventing a new pantheon of deities of the modern world.

The central premise of American Gods is the idea that gods, demons and mythical creatures are created and powered by human Faith, and continue to exist and maintain power as long as they are believed and worshiped. The Old Gods of Ancient Norse, Slavic, Egyptian, Germanic, Roman and African culture all exist, having been brought to the United States by various immigrants throughout the centuries. They once held great power and dominion over the world, but they are now weak and forgotten, having been displaced by the New Gods that have risen: Personified reflections of America's cultural obsessions: Deities of Technology, Media, Stock Market, Guns, Government, Automobiles, etc.

The book centers around protagonist Shadow Moon, a taciturn convict who is released from prison early when his wife, Laura (McCabe) Moon, and best friend Robbie Burton die in a car accident, leaving him alone in the world. Bereaved, he takes a job as a bodyguard for a mysterious conman, Mr. Wednesday, who seems to know more about Shadow's life than he lets on. Shadow and Wednesday travel across America visiting Wednesday's unusual colleagues and acquaintances until Shadow learns that Wednesday is in fact an incarnation of Odin the All-Father. Wednesday is recruiting American manifestations of the Old Gods of ancient mythology, whose powers have waned as their believers have decreased in number, to participate in a rebellious war against the New American Gods.

American Gods received a sequel spin-off, titled Anansi Boys, and Shadow's story continued in the novellas The Monarch of the Glen and Black Dog. Currently, Neil Gaiman is working on a direct sequel for the book. The novel also shares a larger universe with Neil Gaiman's Stardust novel, and Delirium of the Endless from Gaiman's Sandman makes a brief cameo in the book.

Currently, American Gods is being adapted into a Graphic Novel by Black Horse Comics, and more notably into a TV Series by the Starz channel. 3 to 4 Seasons are planned.

While the story doesn't focus on fighting and power, and thus the strength of its characters is left purposefully ambiguous, American Gods still appears to be a moderately powerful Verse.

Mr. Wednesday is capable of casually producing Thunderstorms, while Shadow generated a Snowstorm over all of Chicago with a thought. Meanwhile, Easter can easily disperse Wednesday's thunderstorms, and, more impressively than that, remove spring from America, killing all plant life in the country

Above even that, Zorya Polunochnaya is capable of grabbing the moon with her fingers and turning it into a silver dollar, though she doesn't do it in the physical world.

The New Gods are all generally far more powerful than the Old Gods, though they don't have many feats of power to be properly judged.

It's worth pointing out that the series seems to imply that the Mythological stories are literally true, if they have enough believers. For instance, Baldur's invulnerability to anything but Mistletoe is true, and the story of the Zorya chaining the doomsday-hound Simargl with chains of stars to keep him from destroying the universe is also implied to be literally true.

Note: Due to the almost complete lack of feats in the original novel, the profiles are based almost exclusively on the TV Show. 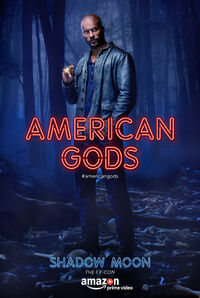 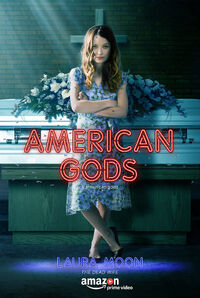 Laura Moon
Add a photo to this gallery 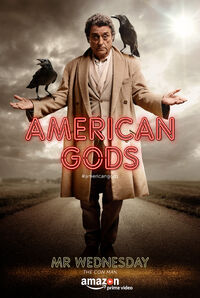 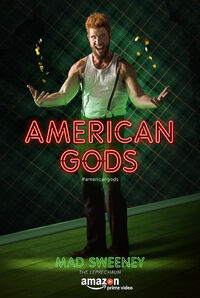 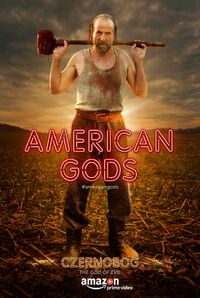 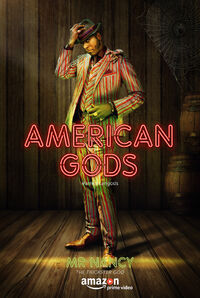 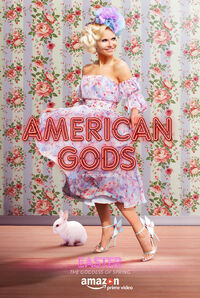 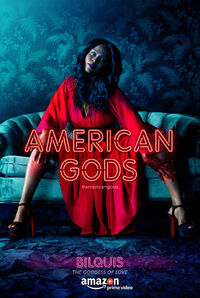 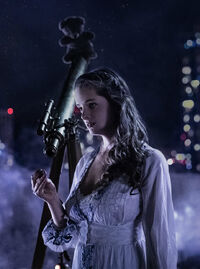 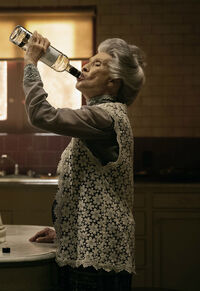 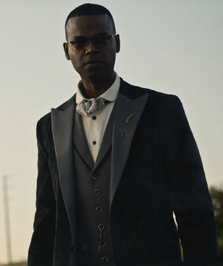 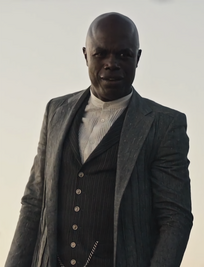 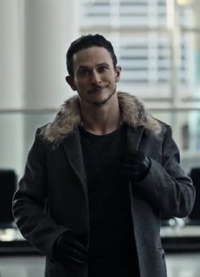 Low-Key Lyesmith
Add a photo to this gallery 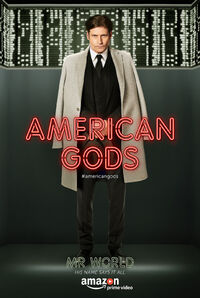 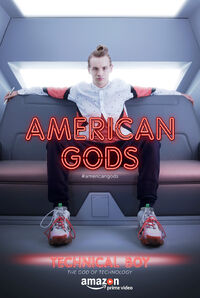 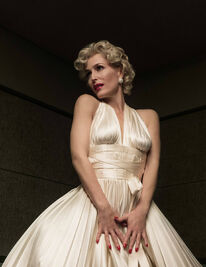 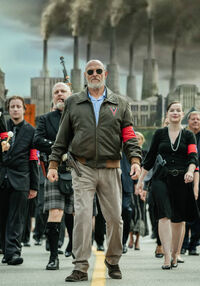 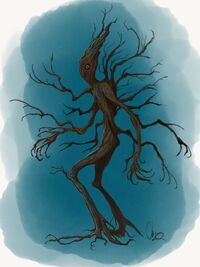 Mr. Wood
Add a photo to this gallery 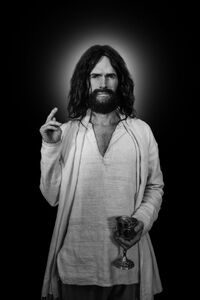 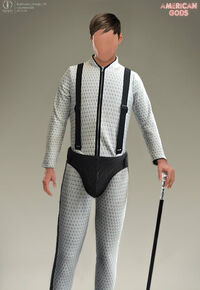 The Children
Add a photo to this gallery