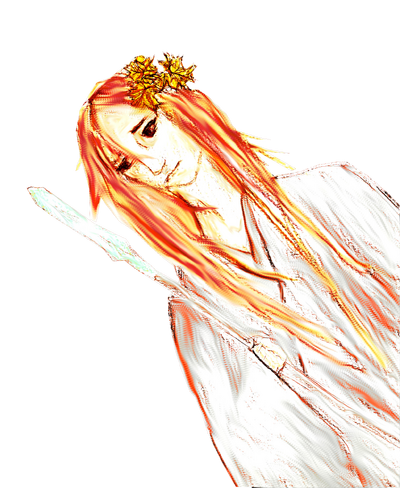 Amenominakanushi (天御中主 "All-Father of the Originating Hub", or 天之御中主神 "Heavenly Ancestral God of the Originating Heart of the Universe") is, according to the Kojiki, the first kami, and the source of the universe according to Shintoism. In mythology he is described as a "god who came into being alone" (hitorigami), the first of the zōka sanshin ("three kami of creation"), and one of the five kotoamatsukami ("distinguished heavenly gods").

It is also speculated that this kami is the root of space or is space itself. The kami is only mentioned once in the Kojiki and makes no later appearances. Some scholars feel Amenominakanushi was created only on paper as a counterpart to China’s Shangdi. However, other scholars feel it is hard to believe there is any concrete link between the deities as Amenominakanushi completely lacks any role related to ethics or morality. Actually, the kami has no practical religious role at all whatsoever other than a brief appearance in the Kojiki and the Nihonshoki’s additional texts.

Gender: Genderless as a Primordial Deity, has both Masculine and Feminine aspects

Age: As Old as Creation

Attack Potency: Universe level+ (The whole of creation came from him. Formed matter, space, time, life and light itself)

Note: A few quotes regarding his power:

“…We understand that he (Amenominakanushi) has sovereignty over all things in the universe. Since this great kami thus exists without a beginning, it is only appropriate that he be called the ultimate, first deity, and that no words should possibly exist to describe the heights and depths of his virtuous power.”

"All things in heaven and earth have an original, great ancestral kami. Its name is Amenominakanushi no kami. It has no beginning and no end. It abides in the heavens above. It is furnished with the quality of producing all things within heaven and earth, but it acts not and is quiescent (it dwells in the so-called Plain of High Heaven from the original beginning), and it is sovereign over all existence."

Start a Discussion Discussions about Amenominakanushi