VS Battles Wiki
Register
Don't have an account?
Sign In
Advertisement
in: Tier 9, Tier 9-A, Tier 7,
and 26 more 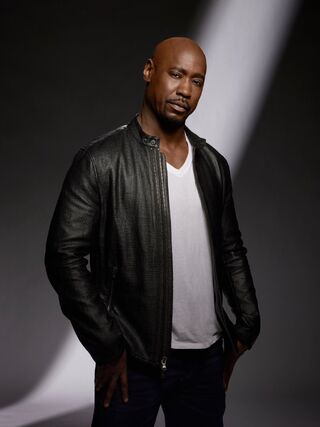 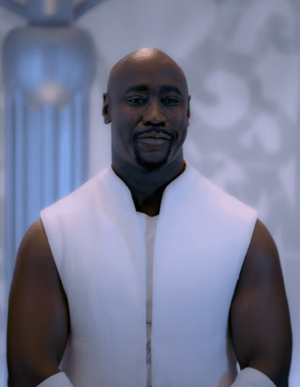 Amenadiel is the eldest angel, and thus the older brother of Lucifer Morningstar and all the other angels. He came to Earth to convince Lucifer to return to Hell, after Lucifer abdicates the throne.

Superhuman Physical Characteristics, Immortality (Types 1 and 3), Regeneration (Mid-Low, scaling from Lucifer), Telekinesis, Time Manipulation (Can significantly slow down time. Later managed to completely stop time), Possibly Time Travel (Implied by Lucifer), Resurrection (Resurrected Malcolm Graham. Can bring back souls from Hell and place them into recently deceased bodies to resurrect them), Soul Manipulation (Angels are able to bring back souls from Hell to insert them into recently deceased bodies, took Charlotte Richards's soul to Heaven after her death), Healing, Limited Telepathy (Can communicate with his angelic siblings by praying to them), Empathic Manipulation (When around people of faith, they will see their love of God reflected back at them when looking at Amenadiel, as he is a channel for God’s love), Flight (With his wings), Dimensional Travel (With his wings), Master Hand-to-Hand Combattant, Weapon Mastery, Omnilinguism

All previous abilities now with all of God's powers and abilities.

Weaknesses: Demonic Weapons Forged in Hell, Other angels can physically hurt him, self judgement