VS Battles Wiki
Register
Don't have an account?
Sign In
Advertisement
in: Tier 7, Tier 7-B, Tier 6,
and 57 more 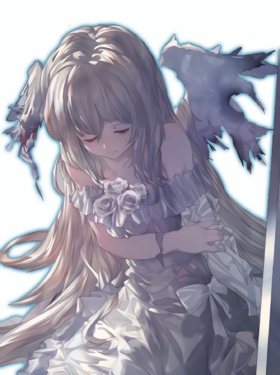 Amelia Clementine is a teenage girl who works as a maid for a rich family. That, however, changes when she finds that their house is being haunted by something known as the "Ghost Witch." She then becomes possessed by this spirit and after time, has her soul merged with it, awakening abilities within Amelia. She is then hunted down by organizations who want to capture her kind an use their power for their own goals, but Amelia makes it her goal to stop them in their tracks with her newfound power.

Lifting Strength: Average Human | Average Human (Could manage to lift a fully grown teenage boy) | Class Y (Along with with twenty clones and Olivia, she pulled the Moon back into orbit) | At least Class Y, likely higher

Durability: City level physically, higher with ice barriers (Comparable to Olivia who could tank her strikes, Ice Barriers can tank an explosion from Sucrose Koboyashi) | City level physically, higher with Ice Barriers | Multi-Continent level (Casually deflected Olvia's lightning beam which was was able to shatter continents by strike and able to eradicate half of Pluto) | Universe level+ (After unlocking all of xenatra's power and surpassing everyone else, her body had become too sturdy to be crushed by the world, so it simply just wrapped around her like paper)

Stamina: Above Average (Has twice the Energia of a normal hybrid, which allows her to exert herself twice as much)

Weaknesses: Xenatra is the source of her hybrid abilities; removing Xenatra implicitly would kill her since they are merged