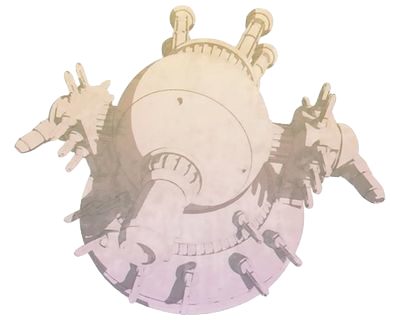 Ame-no-Uzume, also known by the codename Megalodiver and referred to as the New Model, was a Second Generation Object used as part of Ichirei Shikon's plans.

Tier: 7-B with main cannon, 8-B with secondary weapons

Range: Over 20km with secondary weapons, higher with main cannon

Stamina: Unknown, once fuel is put in the JPlevelMHD reactor it doesn't have to be swapped for 5 years, so the limits are on ammunition and the like

Weaknesses: The Ame-no-Uzume is an exclusively naval object, its main cannon can no longer achieve city level attack potency after 10 kilometers, its reactor will overload and explode if it's forced to surface and deprived of its water cooling system

Retrieved from "https://vsbattles.fandom.com/wiki/Ame-no-Uzume_(Heavy_Object)?oldid=2597261"
Community content is available under CC-BY-SA unless otherwise noted.