VS Battles Wiki
Register
Don't have an account?
Sign In
Advertisement
in: Tier 8, Tier 6, Justice League Action,
and 27 more 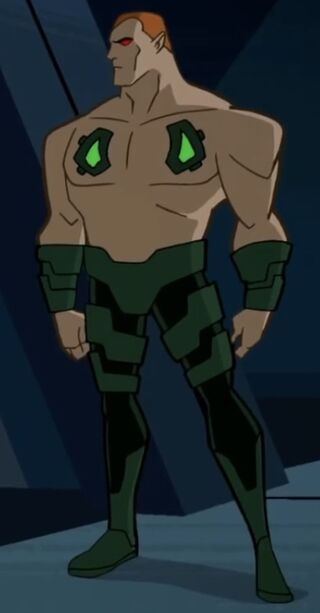 Amazo is an android capable of duplicating the abilities of metahumans. After the death of Professor Ivo, his creator, he tried to defeat the Justice League and conquer the world. His plan was to lure as many superheroes as possible to the Watchtower and steal their powers.

Speed: At least Relativistic+, possibly FTL (Can keep up with Superman and Wonder Woman)

Standard Equipment: A Green Lantern ring constructed by his own energy

Intelligence: Unknown. Not only he can mimic the opponent's powers, but also their intellect