VS Battles Wiki
Register
Don't have an account?
Sign In
Advertisement
in: Tier 2, Tier Low 2-C, Tier 2-C,
and 36 more 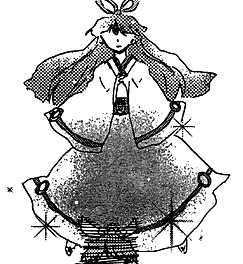 Amaterasu Oomikami is a goddess in the Touhou Project universe. She is the sister of Lord Tsukuyomi, the leader, and ruler of the Lunar Capital.

Classification: Goddess of the Sun

Superhuman Physical Characteristics, Acrobatics, Flight, Fire Manipulation, Light Manipulation, Non-Physical Interaction, Incorporeality, Shapeshifting (While most gods take a human shape, the form they take is mostly meaningless[1]), Abstract Existence (Type 1; The true form of a God exists as an idea, and a god can spread and manifest itself in any number of physical bodies, each with equal power[2]), Immortality (Type 1, 4, 8, & 9; relies on her myths, and will be capable of rebirth if she has enough faith. If killed, a god can simply create a new avatar), Conceptual Manipulation (Type 1; She can modify her own concept/name[3]. When gods obtain a name, they gain total manipulation over the concept to which they are linked), Holy & Curse Manipulation (Gods can give both blessings or curses), Resurrection, Probability Manipulation and Fate Manipulation (Unconsciously controls the memory layer of the world, which affects probability and fate)

Resistance to Conceptual Manipulation (Type 1; Is able to fight even when lacking a concept, see Junko) and Soul Absorption (Survived Tenshi absorbing the souls of all living things across Gensokyo and various Otherworlds such as the Netherworld)

All previous ability to an unfathomable degree, except: Immortality (Type 8 & 9). Invisibility, Abstract Existence (Type 1; Is the embodiment of something conceptless), Nonexistent Physiology (Type 2) & Transduality (Type 2; Gods precede reality, and are nameless entities who are incomprehensible for anyone in existence and exist beyond the duality created by the boundaries, being unbounded by the concepts), Reality Warping, Void Manipulation, Physics Manipulation, Gravity Manipulation, Magic, Soul Manipulation, Mind Manipulation, Empathic Manipulation, Causality Manipulation, Fate Manipulation & Probability Manipulation (Gods created the three layers that compose the world, of which the first is capable of manipulating the physical world and it's laws, the second being capable of manipulating abstract concepts such as sorcery, the spirit, mind and emotions, and the third being capable of manipulating history, causality, and the memory of the world[4]), Creation & Conceptual Manipulation (Type 1; All gods can give "names" to things, giving them a concept of their own, and a defined border.[5] Through this, they were capable of shaping reality from the primordial chaos it was before anything was named and create things from a state in which nothing existed at all), Avatar Creation (When giving a name to themselves, they create an avatar to interact with the physical world)

Attack Potency: At least Universe level+, likely Low Multiverse level (As a top-level goddess, she shouldn't be much below her brother, Lord Tsukuyomi) | Universe level+ (Participated in the creation of reality)

Speed: Infinite (Superior to gods like Kanako Yasaka) for her physical body Omnipresent for her true form (Gods exist as ideas all over existence, and can manifest themselves everywhere)

Range: Unknown, Multiversal for her true form (Gods can access any Otherworlds)