VS Battles Wiki
Register
Don't have an account?
Sign In
Advertisement
in: Tier 1, Tier Low 1-C, Tier 1-A,
and 30 more 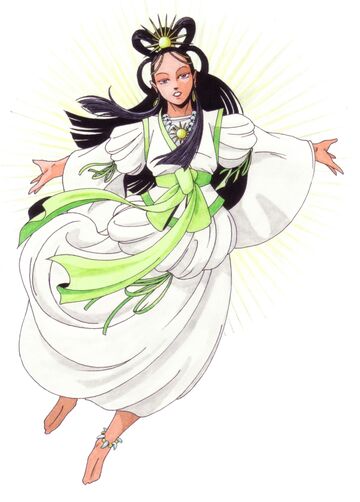 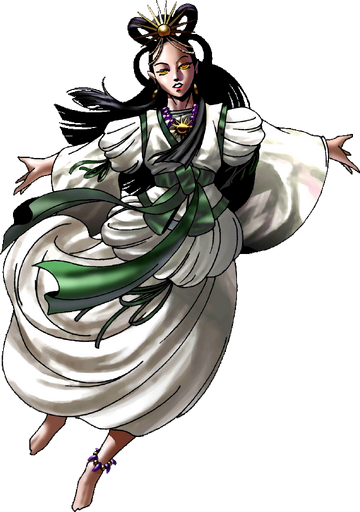 "The Japanese goddess of light. She is one of the leading deities of Takamagahara, the land of the Amatsu gods.
She is said to have been born of Izanagi's left eye, and is enshrined in many places, such as Ise Grand Shrine. Her most well-known tale is when she grew so angry at her brother Susano-o-no-mikoto's violence and chaos that she withdrew into Amano-iwato, shrouding the world in darkness."
— Devil Survivor 2 compendium

Amaterasu, also known as Amaterasu-Omikami, is the Japanese Goddess of the Sun and the Ruler of Takamagahara, the High Plain of Heaven. She is seen as highest and most sacred of al Shinto Kamis and is believed to be the direct ancestor of the Japanese Imperial Dynasty. She was born when her father, the Japanese Creator God Izanagi, escaped from his visit to the underworld and cleansed himself in the waters of the river Woto. Amaterasu arosef from Izanagi's left eye, along with her sibling, the Moon God Tsukuyomi, who arose from his right eye, and finally the Storm God Susanoo, who was born from Izanagi's nose.

Name: Amaterasu, Amaterasu-Omikami, Sumeo-Okami, The Great Goddess Who Shines In The Heavens, The Great Imperial Goddess

Gender: Female, though has manifested through Male forms.

Attack Potency: Low Complex Multiverse level (Comparable to the other Mother Goddesses of the Schwarzwelt, as she was called to the realm and nearly abandoned the Amatsukami to join their ranks. Comparable if not outright superior to Okukinushi, her Earthly Male Counterpart, who himself is much more powerful than her sibling, the Storm God Susanoo) | Outerverse level (Exists as an archetype, a shapeless, fundamental unit of the collective unconscious inhabiting the realm of Atziluth, beyond the concept of dimensions entirely, and yet to be shaped into a lower state by the thoughts and emotions of humanity)

Standard Equipment: The Three Japanese Holy Imperial Vessels - the Yata no Kagami mirror, the Yasakai Magatama jewel, and the Kusanagi no Tsurugi sword.

Intelligence: Unknown, likely Extraordinary Genius. She is the Ruler of Takamagahara and the leader of Amatsukami, who consider themselves lost and hopeless without their leadership in all cases where she is sealed or vanishes.