VS Battles Wiki
Register
Don't have an account?
Sign In
Advertisement
in: Tier 10, Tier 10-B, Unknown Tier,
and 29 more 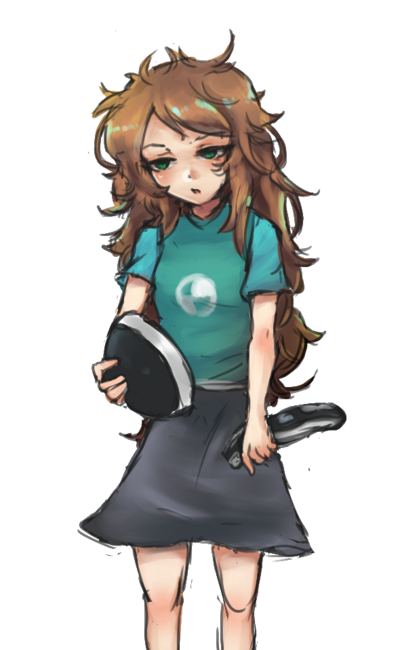 Amari is the main character of Log.(in). She is a girl shut in her room, with no desire to get out. She is the owner of an "Enhanced Reality Headset". This allows her to enter a virtual visualization of her own subconscious known as Enhanced Reality. This headset has for goal to help individuals deal with traumas, as an extreme form of introspection.

Towards the end of the game, the Enhanced Reality Headset seemingly caused Amari to reach "True Enhancement", a state of complete understanding of one's self. However, this also resulted in a "Forced Reality", an event where one's individual reality is forced into the universal reality.

Possibly Mind Manipulation or Reality Warping, Subjective Reality with Forced Reality (Forced Reality has been described as a phenomenon where one's individual reality (which is one's perception of reality) forces itself into becoming the universal reality and where one's subconscious becomes part of reality. It is unknown whether or not this involves manipulating other's perception of reality or directly affecting reality itself, as the only direct showings of this were from Amari's own point of view)

Superhuman Physical Characteristics, Reality Warping (She can subconsciously affect the Enhanced Reality's shape depending on her subconscious and her perception of reality. She can also temporarily damage reality through the Glitch effect), Conceptual Manipulation (Type 3. She is able to manifest abstract concepts like grief or pain in physical forms such as beings or places through her reality warping), Shapeshifting, Transformation, Teleportation (Can teleport back to the Nexus at will), Incorporeality (Can become pure data through the Data Stream or Binary effect), Flight, Immortality (Type 9. Her self in the Enhanced Reality is a mere physical representation of her true self in the real world. She can always recreate said manifestation by logging in back), Void Manipulation (The Enhanced Reality cannot exist without her and such will stop to exist if she logs off)

Intelligence: Unknown | Unknown (She has reached a complete understanding of her self and "true self-consciousness") | Unknown

-Effects: Amari can equip any of the following "Effect", changing her appearance and giving her new abilities based on the effect in question. She can only equip a single effect at a time.

Santa Claus (The Sims) Santa's Profile (Speed was not Equalized)