VS Battles Wiki
Register
Don't have an account?
Sign In
Advertisement
in: Characters, Little Witch Academia, Anime Characters,
and 23 more 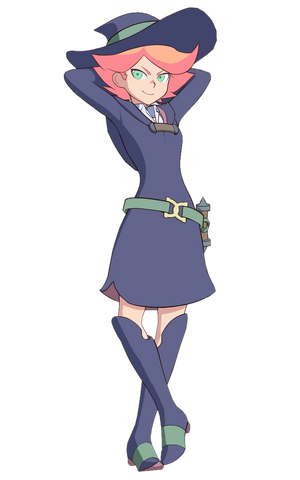 Amanda O'Neill is the granddaughter of a rich fortuneteller in a family that uses unethical methods to financially hinder their enemies. She was sent to Luna Nova Academy to continue the family business, but her unwillingness to do so lead to her becoming a delinquent.

Intelligence: Has great skill with broom flying, swordplay and dancing.