VS Battles Wiki
Register
Don't have an account?
Sign In
Advertisement
in: Characters, Male Characters, TV Characters,
and 33 more 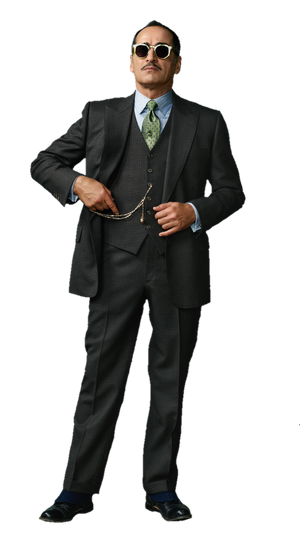 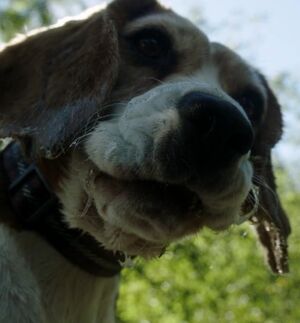 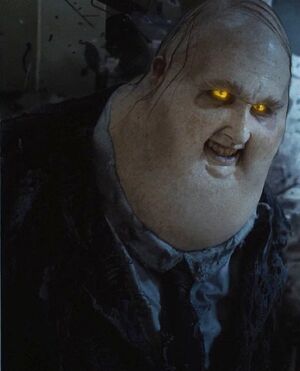 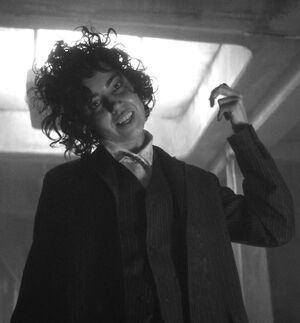 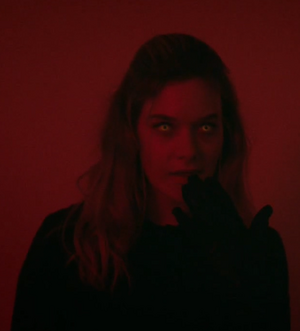 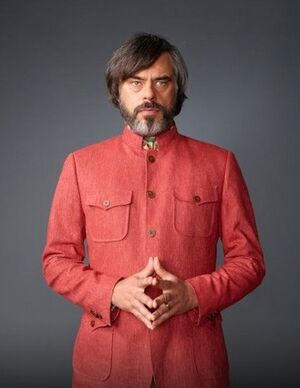 Amahl Farouk, often known as the Shadow King, is an extremely powerful mutant telepath who has existed for centuries. At some point in time, Farouk was confronted by the biological father of David Haller and defeated in telepathic combat, resulting in his mind being separated from his body. Despite this, Farouk's powerful psychic abilities allowed his mind to persist and retain many of his former powers, as well as allowing him to latch onto the mind of an infant David, feeding off the boy to regain his strength. Farouk spent years tormenting David, rewriting memories while siphoning his power. Eventually, after David was taken to Summerland, Farouk grew strong enough to leave David's body, possessing the recently returned Oliver Bird in order to search for his original physical form and regain the full extent of his might.

Tier: Varies physically, Low 5-B with his powers

Name: Amahl Farouk, the Shadow King. Has used many personalities/forms as "masks", including King the dog, the Devil with the Yellow Eyes, the World's Angriest Boy in the World, Lenny Busker, and Oliver Bird

Gender: Male, though he has used female masks and briefly possessed female hosts

Powers and Abilities: Reality Warping, Immortality (Type 6), Possession (Can completely take over the bodies and minds of others, trapping their personalities within his own), Teleportation, Telepathy, Matter Manipulation (Able to disintegrate others with a mere thought), Transmutation (Turned multiple Division 3 soldiers into animals, including a pig and a fish), Telekinesis, Astral Projection, Energy Manipulation, Forcefield Creation, Time Manipulation (Should have a similar level of control over time to David), Weather Manipulation (His mere presence was capable of causing a massive storm over the desert), Electricity Manipulation (Capable of generating lightning), Clairvoyance, Levitation, Mind Manipulation, Memory Manipulation (Was capable of causing anyone who learned of his presence to completely forget having done so), Illusion Creation, Perception Manipulation, BFR (Should have the same power as David), Potential Intangibility (Can use his reality warping to make objects such as bullets harmlessly pass through him), Animal Manipulation (While almost entirely restricted, he was able to control a mouse, implant a message in its mind, and have the mouse transfer that message to Sydney Barrett), Life Manipulation (Able to create living delusions that infect others, feeding on their paranoia before bursting out of their bodies. He was also able to create a minotaur.), Absorption (Can absorb the consciousness of those who die near him, as well as the power of mutants who share a similar nature to his own.), Resistance to Mind Control, Mind Manipulation, Matter Manipulation, Reality Warping, and Time Manipulation (Able to resist and counter many of David's powers, which are nearly identical to his own)

Attack Potency: Varies physically (His physical strength depends on the body he is currently inhabiting), Small Planet level with his powers (His power is comparable to David's, with added centuries of experience). Most of his powers ignore durability.

Lifting Strength: Varies depending on his current body, at least Superhuman with telekinesis

Striking Strength: Varies depending on his current body, can likely be augmented greatly by his own abilities

Durability: Varies depending on his current body, Small Planet level with his powers (Able to defend against numerous attacks from David). Immortality, possession, and the nature of his powers can make him difficult to kill.

Stamina: Varies, limitless for his astral self

Range: Planetary with his abilities

Weaknesses: Does not possess his full power without his original body. As demonstrated by the Choke, an extremely specific frequency of sound can nullify his mutant abilities for a few minutes.