VS Battles Wiki
Register
Don't have an account?
Sign In
Advertisement
in: Darwin's Game, Characters, Female Characters,
and 21 more 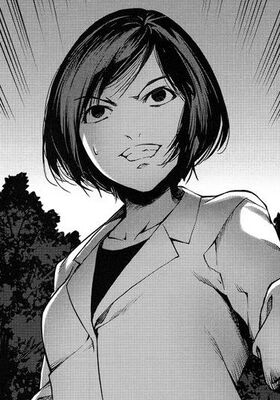 Amagasa is a Darwin’s Game player and a doctor at the hospital where Suzune Hiragi used to stay. She's a member of the «Olive Tree» clan, where members are free to do whatever they please; Amagasa decided to become a "farmer", someone who forces people into Darwin's Game so they can easily obtain points by then killing them.

Attack Potency: Human level, At least Street level+ with stat amp (Threw over a transformed Suzune Hiragi and rendered her unconscious in one strike. Can casually crush necks)[1]

Stamina: Seemingly above average as she's trained in judo. Likely much higher with chemicals and drugs

Range: 30 centimeters for Asclepius, Hundreds of meters with stat amp

Intelligence: Has a masterful knowledge of chemistry and any of its components, and can perfectly create any chemical substance on the spot, as well as knowledge of the human anatomy. She's also adept in combat and survival, from her time as a Darwin's Game player

Asclepius: Amagasa's Sigil allows her to create, synthesize, and refine chemical substances on the spot, anywhere within 30 centimeters or her body, whether in liquid form inside syringes and vials, or aerial forms as poison, gas, or radioactivity. Her knowledge of chemistry is masterful, and she knows the right proportions to create any chemicals with the desired intensity and quantity; that includes doping substances, chemicals with various negative side-effects, Napalm, Propofol, several gases (Lachrymal, Nerve, Erosive, Choking, etc.), insta-death poisons, and even VX Gas.