VS Battles Wiki
Register
Don't have an account?
Sign In
in: Civilizations, Metal Slug, Soldiers,
and 60 more 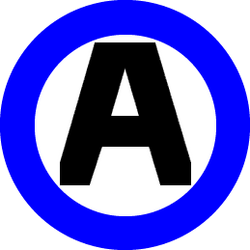 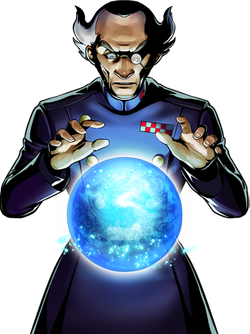 The Amadeus Syndicate is a criminal organization specialized in cyber terrorism and robotic, and represents the main antagonist in Metal Slug 4. It is led by a mysterious figure known only as "The Doctor", who plans to take over the world by using a computer virus called "White Baby", which can override the military systems of every country of the planet. While the world plunges into panic after learning of the upcoming threat, the Intelligence Agency's satellite captures a picture of General Morden, and this leads the Regular Army to connect him to Amadeus. The same happens to the Rebel Army, which apparently is providing a large amount of troops and weapons to the Syndicate, apparently obeying to their orders. As it will be later discovered, Amadeus built fake, robotic versions of Morden, and used them to manipulate the Rebels from behind the scene and deceive the World Government. Tarma and Eri were dispatched to protect researchers developing a "vaccine", while Marco, Fio and the new recruits, Trevor and Nadia, were deployed to stop Amadeus, which started a military attack in various parts of the world.

Population: Unknown, at least hundreds by themselves, likely thousands including the rebels

Territory: Their HQ and some parts of the world obtained by manipulating the Rebel Army. They have been able to put under siege two large cities and an amusement park

Technology/Abilities: Peak to Superhuman Physical Characteristics, Weapon and Vehicular Mastery, likely a certain degree of Hand-to-hand combat and Stealth knowledge (Due to being an army of trained soldiers), minor Acrobatics (Soldiers are able to perform jump attacks on the ground as well as jump off flying vehicles), Explosion Manipulation (Via explosives), Flight (With air vehicles), Underwater Breathing (Type 3 via Sea Satan), Preparation, Hacking (Developed the White Baby, a powerful computer virus that was about to override the main military systems of countries around the world in a brief period of time), Social Influencing (Deceived and manipulated the Rebel Forces by using the Morden robots, making them believe it was their real leader and using them for Amadeus' purposes), Inorganic Physiology (Type 2 for vehicles and robots), Danmaku (When in large numbers), Large Size (Type 0 to 1 depending on the machinery), Camouflage (Via snow suits), Energy Projection (Via energy weapons), pseudo Summoning (Many vehicles and other weapons house groups of soldiers that can come out when needed), Electricity Manipulation (Via Morden Robot), Fire Manipulation (Via Toschka Dalanue), Biological and Disease Manipulation (Stored, weaponized and possibly synthetized the zombie virus and the mummy gas. Zombies and mummies can infect others and spread the contagion. Amadeus' scientists are armed with bullets containing a serum that turns the victims into monkeys), Purification (Type 3; They possess serums and potions to heal from the zombie, mummy and monkey transformation), Immortality (Type 7 for mummies and zombies), minor Teleportation and Insect Manipulation (Mummies can appear from nowhere and release insects from their mouth), Organic Manipulation (Zombies can attack by ejecting their organic matter, infecting those who get hit), Self-Destruction (Rebel zombies are prone to jumping on the enemy and explode), Resistance to Disease Manipulation, some forms of Poison Manipulation and possibly Radiation Manipulation (Via Hazmat suits)

Attack Potency: Street level to Large Building level, possibly Higher (Regular weapons and war vehicles are within these levels. Part of their arsenal can match or surpass those of the Regular Army, which can easily destroy buildings and war vehicles such as helicopters and tanks, and their strongest machinery are superior to the normal units in every aspect. The Syndicate was seen as a serious threat by the Regular Army. The Brave Guerrier was able to almost completely destroy a cargo ship)

Industrial Capacity: Relatively high. By tapping into the resources of the Rebel Army they can obtain a great number of weapons and vehicles in a short time. Their HQ is also a factory for the production of their own machines, as seen by the large number of androids that were being mass produced. Zombies and mummies can esponentially increase their numbers by infecting more and more people.

Military Prowess: Likely thousands accounting all of their resources. Their forces are mostly comprised by the leftovers of the Rebel Army, which have been fully used by the Syndicate. By themselves they possess at least some hundreds of soldiers and machines, and can increase their numbers by hiring external units, such as the pirates, or spreading the zombie and mummy diseases. If successfully uploaded, the White Baby virus grants the control of the military system of every country in the world. During the events of Metal Slug 4, the Amadeus Syndicate seized two large cities and an amusement park in a short period of time.

Weaknesses: Soldiers are prone to slack off and lower their guard when not engaged in combat.