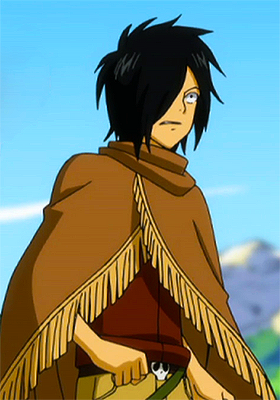 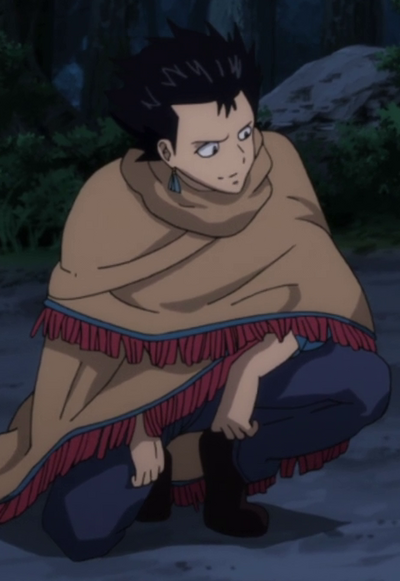 Alzack Connell is a Mage from the west, who came to Magnolia as an immigrant and joined the Fairy Tail Guild. Currently, in year X791, he is the husband of Bisca Connell and the father of Asuka Connell. Alzack is a kind and determined individual who loves his comrades and is willing to risk his life to fight for them. However, this determination of his seems to disappear when it comes to Bisca Mulan, the girl he loves and whom he was originally very shy around. Alzack displays extreme dedication towards her, as seen when Bisca was turned to stone by Evergreen under Laxus Dreyar's orders: Alzack was willing to do everything to save her, going as far as to fight and defeat his own guild mates to do so, all the while claiming that he would never forgive Laxus for doing such a thing to her.

Intelligence: Above average (A skilled Mage and fighter)

Weaknesses: His love for his wife and daughter can lead him to make rash decisions or be distracted when they're in danger.

Guns Magic: Alzack's Magic revolves around the use of his guns, which greatly resemble real-life revolvers. As the name implies, he loads them with Magic bullets that never miss, and which, depending on their type, can be used for a variety of purposes, such as shooting a tornado or paralyzing opponents. Alzack has two guns at his disposal that he can utilise together to perform more powerful attacks. He has shown great skill in this Magic, enough to have defeated many of his guildmates in the Battle of Fairy Tail.

Retrieved from "https://vsbattles.fandom.com/wiki/Alzack_Connell?oldid=7018142"
Community content is available under CC-BY-SA unless otherwise noted.