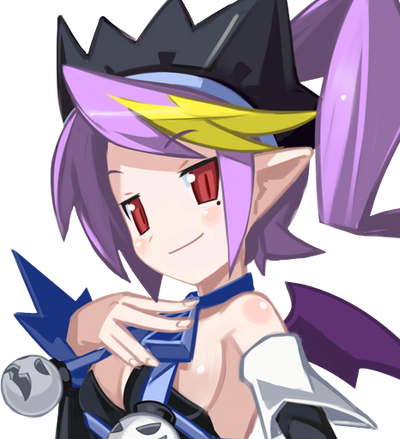 Alys Levantine is the Demon Lord of Fire World. Alys is obsessed with getting everyone's attention and quickly gets angry and extremely competitive if anyone stands out more than her. She's the most popular person in Fire World, basically the idol of most of the population. Thus she quickly becomes rivals with Chou-Chou upon the arrival of the goddess to Fire World, though Chou-Chou doesn't take her seriously.

Attack Potency: Multi-Galaxy level (Capable of defeating Vorgis and Deified Vorgis with the rest of the party)

Stamina: Vastly Superhuman (Traveled to the depths of the Mugen Field while fighting enemies under higher and higher temperatures, proceeding to engage the Sun Goddess in battle alongside the party)

Retrieved from "https://vsbattles.fandom.com/wiki/Alys_Levantine?oldid=4106379"
Community content is available under CC-BY-SA unless otherwise noted.