VS Battles Wiki
Register
Don't have an account?
Sign In
Advertisement
in: Characters, Xenoblade, Xeno (Series),
and 83 more 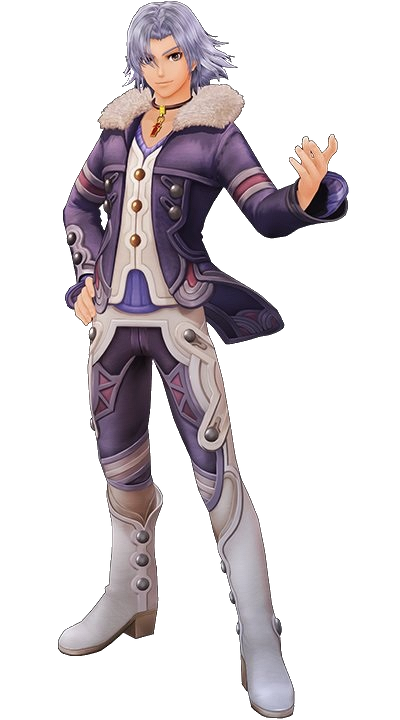 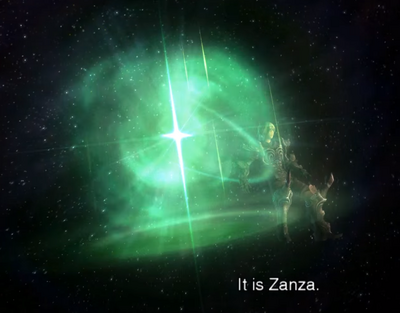 Alvis (Japanese: アルヴィース, Aruvīsu, Alviss; English dub: /ˈælvᵻs/) is a supporting character in Xenoblade Chronicles. He pretended to be a Homs employed by the High Entia royal family as a divine seer. Later on in the game, he is revealed to be an administrative computer. He remains a very ambiguous character throughout the game.

Gender: Inapplicable, although is shown as a male

Age: Unknown, existed in Klaus's Universe before the creation of a new Universe and has lived through Zanza's countless cycle of destruction and recreation

Superhuman Physical Characteristics, Immortality (Types 1, 3, 4, 8 and 9; Alvis as a Blade can live forever, have the ability to regenerate from any wound, able to be reborn when a Driver resonates with them (Not combat applicable), are reliant on their Core Crystals and Driver in order to endlessly regenerate and Alvis's true self resides in a higher dimensional plane), Statistics Amplification, Forcefield Creation, Limited Regeneration (Low Godly, possibly High Godly; Should have similar regeneration to Malos), Information Analysis (Malos states that Core Crystals are constantly taking in data about their surroundings which Malos should be able to use to gain information as shown by him knowing about the Tornan titan's true form by just having data about it and as Alvis is also an Aegis Blade he should be able to do the same), Absorption (Blades are stated to draw in ether in order to use Arts), Deconstruction (Blades have been shown to be able to break down enemies through the use of their elemental attacks), Damage Boost and Power Bestowal, Paralysis Inducement, Power Nullification, Air Manipulation, Damage Reduction, and Energy Projection, (Alvis is the Monado itself so he would be able to use all of Shulk's Monado Arts), Teleportation and Dimensional Travel (Can teleport Shulk to Memory Space. Can also act as a BFR), Telepathy (Can speak directly into Shulk's mind), Reactive Power Level (Tension in Xenoblade allows for a character to grow passively through battle), Supernatural Luck (Has an Unbeatable ether gem which allows for Alvis to survive normally fatal attacks), Resistance Negation (Can perform Chain Attacks which ignore enemy resistances to Status Effects), Non-Physical Interaction, Avatar Creation (The 'Homs' Alvis we see is merely an Avatar of the True Alvis), Summoning (Can Summon Telethia and can likely summon his own Artifices), Dream Manipulation (Can appear in and control every aspect of Shulk's dream, and showed Shulk a vision of Reyn dying in the real world), Reality Warping, Precognition and Clairvoyance (Able to use Visions to see the future along with other possibilities), Acausality (Type 1 and 4; Exists outside the Passage of Fate like Shulk)

All previous further enhanced, Omniscience, Omnipresence, Elemental Manipulation (Of Fire, Water, Wind, Lightning, Ice, Earth, Light and Dark), Homing Attack, Empathic Manipulation, Poison Manipulation, Mind Manipulation, Sleep Manipulation, Death Manipulation, Attack Reflection and Damage Transferal (Alvis's use of The Conduit caused the creation of ether and thus he should have access to abilities related to Ether; Alvis through this should be able of inflicting Sleep, Bind, Stats Down, Paralysis and Instant Death through his use of Spike), Creation, Life Force Absorption, Metal Manipulation, Size Manipulation, Fear Manipulation, Possession, Power Absorption, Resurrection, Transmutation, Awakened Power, Soul Destruction (As he has control over their Monados, Alvis should have Zanza's and Meyneth's abilities), Can grant Acausality (Type 1 and 4: Alvis is responible for Shulk escaping the Passage of Fate), Memory Manipulation and Existence Erasure (Shulk used the Monado 3 to erase Zanza and the memory of his existence), Reality Warping, Pocket Reality Manipulation (Has control over Memory Space), Mind Reading and Power Mimicry (Memory Space can recreate foes from the opponent's memory of them), Sealing (The new universe is described as a "sealed universe" by the series creator), Fate Manipulation and Causality Manipulation (Alvis has control over the Passage of Fate which contains the laws of Causality), Abstract Existence (Type 1; Embodies the Beginning and End of Time and Monado itself) and Higher-Dimensional Existence

Void Manipulation (Upscaled from Ophion who created the Great Void), Antimatter Manipulation (Upscaled from Malos who as an Aegis gets his powers from the Conduit like Pneuma), Space-Time Manipulation (Ontos used The Conduit for the Space-Time transition experiment which led to the creation of the new universe), Can grant Immortality (Type 1; Zanza granted this to his disciples), Elemental Resistance Negation, Immortality Negation (Type 3 and 8) and Regeneration Negation (Up to Low Godly, possibly High Godly), Data Manipulation, Memory Manipulation, Soul Manipulation and likely Information Manipulation, Portal Creation, Time Manipulation, Physics Manipulation (Pneuma's power is stated to be the Conduit's power and thus characters who can use the Conduit should be able to use her abilities), Body Puppetry, Enhanced Absorption (Of Memories, Data, Soul and likely Information), Power Nullification and Purification (Type 2) (Rex and Amalthus gained these abilities through becoming Master Drivers which would mean that it was an ability granted by the Aegises and was shown to use the Conduit's power)

Attack Potency: At least Large Building level (Killed a Telethia which gave Shulk trouble), possibly higher (Could be comparable to Malos and Mythra due to also being an Aegis) | Low Multiverse level, likely Multiverse level, possibly Multiverse level+ (Is the true god of the Xenoblade Chronicles Multiverse and was the one who connected the three Monados of Zanza's, Meyneth's and Shulk's, as the True Monado, he is also the true source of their power. Was stated to be the Supreme Conscious[1]. Is also heavily implied to be the same Divine Entity that created the Conduit as well as the entity residing in the Far Flung Dimension that harnesses the Conduit's true power)

Speed: Superhuman with Supersonic+ reactions | Omnipresent (As the true creator the multiverse as well as the source of Ether, thus the literal source of all creation and all existence, he is likely everywhere and everywhen. And likely also exists and transcends both across and outside the entire multiverse)

Weaknesses: Despite his status as the true god, Alvis is surprisingly humble and will obey the will of his wielder.

Note: Alvis's regeneration will only become limited if it involves the destruction of his Core Crystal.

Note 2: Alvis's regeneration does not become limited when in his Monado key as Pneuma who gets her power form the Conduit is able to repair Core Crystals