VS Battles Wiki
Register
Don't have an account?
Sign In
Advertisement
in: Tier 9, Tier 9-A, Characters,
and 31 more 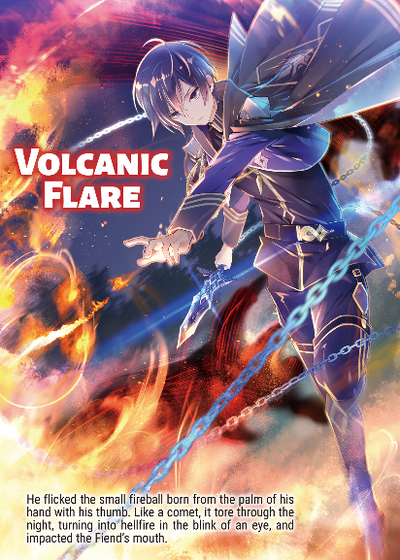 Alus Reigin is the main protagonist of The Greatest Magicmaster’s Retirement Plan. He is the #1 Magicmaster in the world who decided to retire after spending 10 years in the military defeating Fiends.

Tier: At least 9-A, likely higher

Powers and Abilities: Superhuman Physical Characteristics, Genius Intelligence, Enhanced Senses (Magicmasters require keen senses to survive on the battlefield. Missions in the Outer World lasted longer than a day so they needed to endure the fear and anxiety of Fiends attacking while they ate and slept. Because of that, Alus’ senses had been trained to the point of not missing so much as a footstep as long as he stayed focused), Extrasensory Perception (Using space distortion magic he can detect anything in a 1 km radius which includes their shape, size and how powerful they are) Martial Arts, Magic, Law Manipulation (Can change the laws of the world around him in order to freeze his targets), Vibration Manipulation (Can generate shock-waves and create vibrations inside of his targets), Energy Manipulation, Precognition (When you are at Alus’ level, it is possible to get a general prediction of the power of a spell by watching the moment it was cast), Absorption (Alus was born with mana which has the nature of devouring mana. Like the way Fiends worked, the devoured mana strengthens him), Fusionism (Can fuse magic together), Homing Attack, Spatial Manipulation (Can interfere with space. Can use space distortion magic to use the kinetic energy on the direct line his short sword is thrown in, and amplify, duplicate, and apply it to all his targets, blowing them away in the same direction), Forcefield Creation (Using space domination magic which affects space itself, Alus can create a colorless and transparent wall to block attacks), Hellfire Manipulation, Fire Manipulation, Water Manipulation, Earth Manipulation, Weapon Mastery, Air Manipulation, Power Nullification (His clothes is made from a special grade anti-magic fiber. Can turn mana, and all of the cells that contained mana, into ice), Biological Manipulation (Can stop the activity of cell nuclei), Electricity Manipulation, Gravity Manipulation (Can manipulate space to literally apply pressure to his target, thus he control gravity), Life Manipulation (Can devour mana, which is born from the heart, thus is in a sense a person’s life force, and having all of that drains in an instant leaves anyone on the brink of death), Duplication (Can duplicate objects), Heat Manipulation. Explosion Manipulation

Speed: Supersonic (Deflected Loki's Naruikazuch which moves faster than the speed of sound)

Intelligence: Alus is a genius who has been serving as a Magicmaster since he was 6 which is normally unthinkable as the general rule is that you have to be 14 to join the Magicmasters. But his talents as a Magicmaster had been acknowledged at age six, and despite his young age, his mana exceeded that of high-ranking Magicmasters. Alus received special education for gifted children in the military ever since he was six; on top of that, he’d rapidly advanced in the field of magic through self-study.