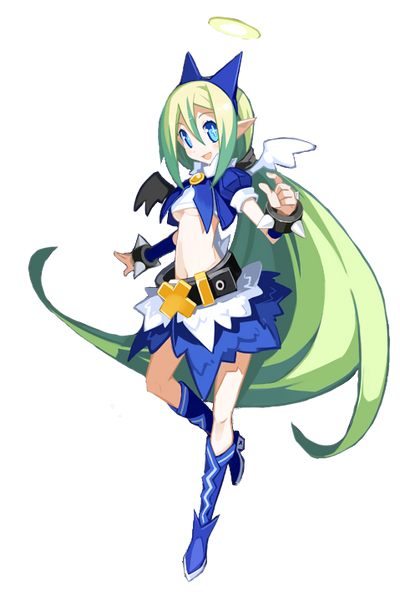 Altis is a demon that got kicked out of the Netherworld and reincarnated into an angel because of the fact that whenever she tries to do something bad or cause trouble, it somehow backfires and turns into something good that helps others. Altis joins Chou-Chou's quest because she figures that world domination, something unquestionable evil, will turn her back into a demon.

Attack Potency: Multi-Galaxy level (Capable of defeating Vorgis and Deified Vorgis with the rest of the party)

Stamina: Vastly Superhuman (Traveled to the depths of the Mugen Field while fighting enemies under higher and higher temperatures, proceeding to engage the Sun Goddess in battle alongside the party)

Range: At least tens of meters with basic spells and guns, thousands of kilometers with Ultimate Strike

Retrieved from "https://vsbattles.fandom.com/wiki/Altis?oldid=4106363"
Community content is available under CC-BY-SA unless otherwise noted.