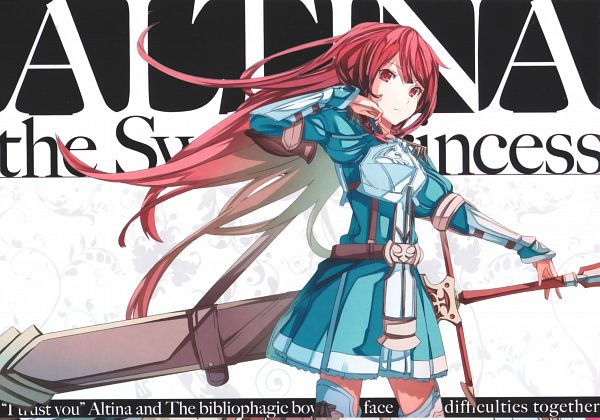 Altina the Sword Princess is a Light Novel series written by Yukiya Murasaki, and tells the story of Regis Auric, a strategist on the army of the country of Belgaria. He's unskilled in swordfighting, can't even ride a horse, and prefers to spend all his time reading books, making him look like a very poor soldier in the eyes of his peers.

One day, after the army of the noble he worked for was almost wiped out, he took the blame for what happened and was sent to the distant northen frontlines. There, he met the commander of the regiment, the princess Altina, a red haired 14 year old, who's way stronger than she looks.

Together, they strive to make Altina the Empress so that she can fix the corruption in their country and stop all the conflicts with the neighbouring nations that have lasted for generations.

The verse overall isn't particularly strong, the most advanced countries have only recently entered the industrial age, and reliable rifles are starting to take over the battlefield, substituting the swords, spears and arrows that were still widely used. Although powerful cannons have already been the norm for quite some time.

The strongest characters cap at Wall level, being able to destroy walls and small boulders with their bare hands, with subsonic speed, as several characters are able to move faster than what the human eye can even see. 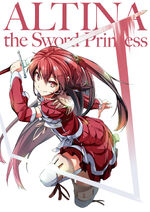 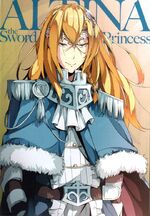 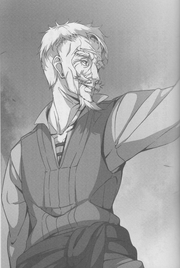 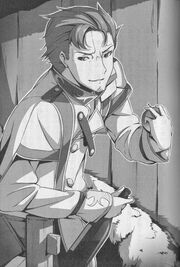 Start a Discussion Discussions about Altina the Sword Princess