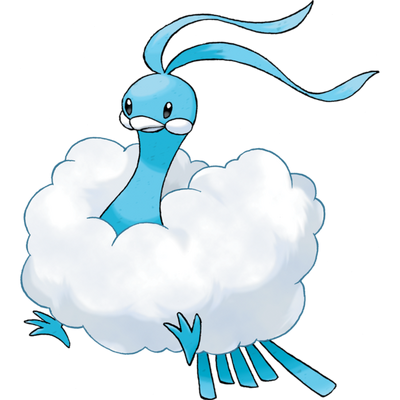 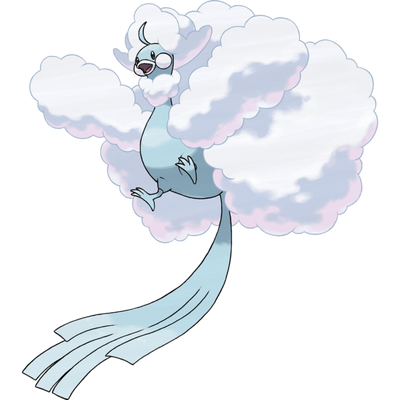 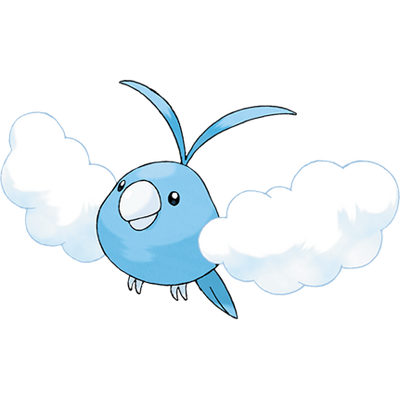 Altaria is a Dragon/Flying Pokémon introduced in Hoenn. It is based off of the Peng, and is almost completely shrouded in clouds, boosted even further with its Mega Evolution, in which it becomes Dragon/Fairy Type. It evolves from Swablu at level 35.

Attack Potency: Multi-City Block level+ (Should be capable of fighting other first stage pre-evolutions) | At least Mountain level+ (Powerscaling to other Mega evolving Pokémon) | Large Mountain level (Stronger than Pure/Huge Power Pokémon and Marowak holding a Thick Club, should be comparable to other mega evolved Pokémon such as Mega Charizard)

See here for a list of all of Altaria's moves.

Retrieved from "https://vsbattles.fandom.com/wiki/Altaria?oldid=6959357"
Community content is available under CC-BY-SA unless otherwise noted.