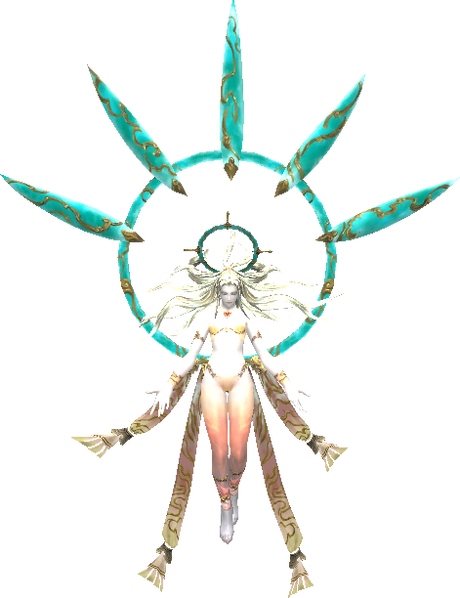 Altana is a Goddess from Final Fantasy XI. Altana is the Dawn Goddess and creator of Vana'diel.

It is said that she created the Zilart, but once they were destroyed, she wept five tears down on the world that resulted in the creation of the five races: Hume, Elvaan, Tarutaru, Mithra, and Galka. The Twilight god Promathia resented this, and created evil monsters that would seek to destroy Altana's creations. Promathia also cursed each of the five races with one negative trait each, for example, the Elvaans became arrogant. She does not appear in the game, but is very often mentioned and is the central character for the religion in Vana'diel, represented by the San d'Orian Cathedral.

Age: Unknown. Possibly as old as the XI universe

Classification: Goddess of the Dawn

Durability: Low Multiverse level (Should be able to survive attacks from Atomos)

Retrieved from "https://vsbattles.fandom.com/wiki/Altana?oldid=6874409"
Community content is available under CC-BY-SA unless otherwise noted.