VS Battles Wiki
Register
Don't have an account?
Sign In
Advertisement
in: Tier 1, Tier 1-C, Royal Knights (Digimon),
and 73 more 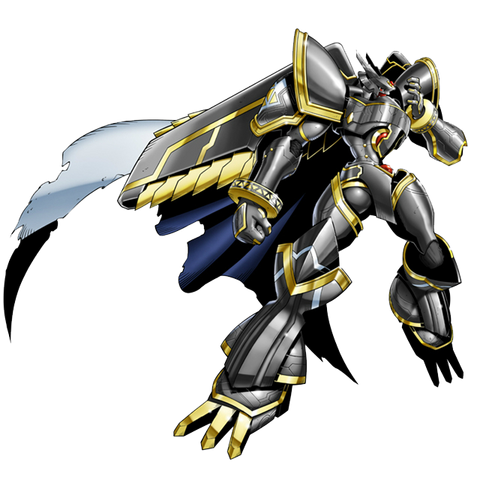 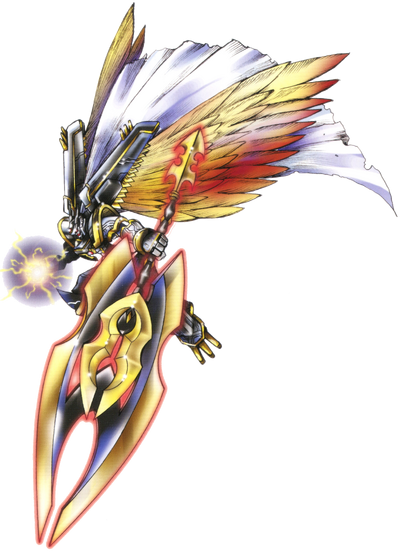 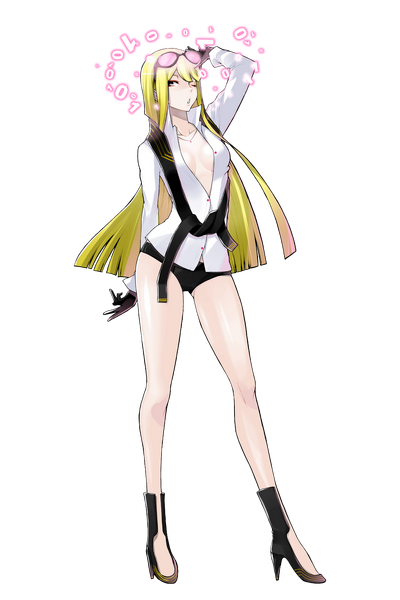 Alphamon is DORUmon's Ultimate. Originally a Digimon Prototype created by Yggdrasill, that was long forgotten and outdated until X-Antibody allowed the release of its hidden potential. By allying with "Doumoto Kouta", DORUmon was able to evolve and grow as a partner until it became Alphamon, a member of the Royal Knights.

While it is one of the "Royal Knights", it is said that to the Holy Knights it is a being similar to a deterrent force, and as it doesn't appear in normal times, it is also called the "Aloof Hermit" who flutters a blue mantle, and is the Royal Knight assigned to the place called the "Empty Seat". Because it possesses the "Alpha inForce" ability, an ultimate force which, in battle, instantaneously replays the elapsed battle, although Alphamon's attacks are over in just an instant, you can't grasp how many attacks it actually unleashed, and in theory, you can only see the final blow that brought down the opponent. It can deploy a magic circle of DigiCode from its hands to perform offense and defense. It wields the "Holy Sword Gradalpha", which is based on Grademon's Twin Swords Gradalpha.

Gender: Unknown, Digimon has no biological sex using gender normally only as a convention; can be considered female while being one with Kyoko Kuremi

Age: Unknown, possibly thousands of years old (As DORUmon, It was a prototype of the current Digimon, possibly being one of the first souls created by Yggdrasil even before the Physical World was created)

Powers and Abilities: Superhuman Physical Characteristics, Digimon Physiology, Holy Power, Darkside Power, Flight, Energy Manipulation, Light Manipulation, Regeneration (Mid-Godly, was able to regenerate itself from Death-X-mon's Process 0 and Process F in which erases the Digicore. Was also was able to regenerate itself even after its entire Digicore was given away), Summoning (Can summon the Ultimate-Battle-Blade-Ouryuken and legendary beings from other worlds), Sealing, Time Manipulation (Can stop and rewind time), Acausality (Types 1 and 4. Unaffected by constant resets on the timeline, exists at the kernel level beyond past, present and future. Royal Knights exist in the Kernel, within the Yggdrasil System outside the New Digital World, which means they exist outside the past, present and future), Wields the Alpha InForce (Able to reset time while maintaining the effects it causes), Statistics Amplification, Statistics Reduction (Can decrease the attack, defense and speed of its opponents), Status Effect Inducement (Can turn resistance into weaknesses and weaknesses into resistances), Forcefield Creation, Memory Manipulation, Size Manipulation, Can share its abilities with others, Paralysis Inducement, Dimensional BFR, Can create Wormholes, Teleportation, Creation (Was able to create a Kimeramon to face the Digimon World: DS Protagonist), Resurrection (Brought Ouryumon back from non-existence), Power Nullification, Power Absorption, Regeneration Negation (Low Godly. Can kill Ulforce V-Dramon X as DORUguremon), Information Manipulation via Magic, Can cut and break through dimensions, Existence Erasure (Has the power to "Delete", erasing a being from existence and sending to the Dark Area, the graveyard of deleted data. Especially used by Virus Busters to remove evil from within a being, Resistance to Reality Warping (Was unaffected by the Digital World rewrite caused by Death-X-mon), Absorption (Resisted Death-X-mon absorption that is able to absorb the whole Digital World and nearly every Digimon in it), Existence Erasure ( Carrier of the X-Antibody, which allows it to resist a program that was able to delete 98% of all Digimon in existence), Poison Manipulation, Death Manipulation, Paralysis Inducement, Confusion, Sleep Manipulation and Power Nullification.

Attack Potency: Complex Multiverse level (One of the most powerful , is the one who serves as a deterrent force for the Royal Knights, and is responsible for defeating them if they get out of control by making wrong decisions, opposing said Royal Knights and even killing them, Can aid in the defeat of Yggdrasil Terminals), higher with Ouryuken

Speed: Immeasurable (Moved through spacetime from the past (Ulud Terminal) to the future (Skuld Terminal). It was directly described as having transcended spacetime to save the world)

Lifting Strength: Immeasurable (Comparable to BanchoLeomon and other Royal Knights)

Stamina: High, made several continuous trips through the New Digital World to make sure the X-Antibody wouldn't be discriminated and has fought continuous battles against other members of the Royal Knights like Omegamon and foes powerful enough to match or defeat Omegamon X

Kyūkyoku Senjin Ouryūken (究極戦刃王竜剣, Ultimate-Battle-Blade-OURYUKEN): After Ouryumon is deleted by Death-X-mon, Alphamon creates a magic circle that can bring Ouryumon back to life. This magic circle of digimoji was responsible for making Ouryumon suffer a Blast Evolution and become the Ultimate-Battle-Blade-OURYUKEN, an powerfull blade that contains all of Ouryumon's power, and because of this power this isn't a sword that can be swung by an average Digimon, and there aren't any average Digimon that can take a blow from it. Now Alphamon can freely summon this blade that's able to even destroy space-time

Intelligence: As one the most powerful of the Royal Knights, Alphamon far outstrips nearly every other member in skill and technique (Since Alphamon was Grademon its sword techniques surpassed even the Holy Knight Lord Knightmon), acting as a deterrent force that should appear when an evil, that the Royal Knights cannot defeat on their own, arise. also acts as a control for the Royal Knights themselves, disciplining them should they stray from the principles of their founding and even dispatching of Yggdrasil at one point when the latter began going against his purpose. However, he is loyal to it otherwise, and will follow its orders faithfully unless they pose a threat to the Digital World. When Alphamon took over Kyoko's mind, it acted as a detective, gaining a lot of deductive skills that it used to solve cybercrime. Demonstrated a great knowledge about the functioning of spacetime, parallel universes, quantum mechanics and the supernatural

Weaknesses: Alphamon can only Digitalize of Soul to summon beings from other dimensions if it's facing two or more beings at the same time

Alphamon has a very powerful existence, because it has the Alpha Inforce that allows it to go backwards in time.

Its Alpha inForce allows it to take back the time that has elapsed in an instant!

Standard Tactics: Being referred to as the "Aloof Hermit" and "The Lord of the Empty Seat", Alphamon rarely appears in combat and is often described as a legend. Therefore it is expected that Alphamon only manifests itself at the last moment of a major conflict, when only it can resolve the situation. However, when Alphamon appears, it quickly seeks to resolve conflicts. Having no hesitation in killing even allies, Alphamon uses its powers to brings wars to a close with its split-second assaults. Alphamon can freely use its dimensional powers to move through spacetime, thereby escaping any attack, or attacking the opponent by surprise, and is known for using magic circles to attack and defend . In its attacks, Alphamon usually uses Digitalize of Soul and blows the opponent right out of the flow of time. If its more conventional skills are not enough, Alphamon usually summons Ouryuken to assist in combat, tries to seal the opponent and sometimes Alphamon uses Alpha InForce both offensively and defensively

The intersection of its lightning-speed attacks blows the opponent right out of the flow of time!

Its magic circle, written in Digimoji, provides it with well-rounded offense and defense!

This illusory holy knight transcended space-time to save the world!

This transcendental warrior brings wars to a close with its split-second assaults!