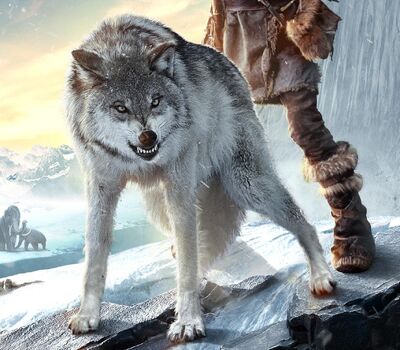 Alpha was the main protagonist of the 2018 film of the same name, she lived in Eurasia 20,000 years ago.

Attack Potency: Wall level (Able to fight a Smilodon for a time, even while pregnant.)

Durability: Wall level (Fights other wolves all the time. Survived serious attacks from a smilodon)

Stamina: Extremely High (Was able to travel long distances, as well as hunt animals and fight other predators without apparent fatigue while pregnant)

Intelligence: A very intelligent animal capable of understanding that she was saved by a human (Keda). Therefore she didn't attack him later, and became loyal to him. She was also able to socialize and learn.