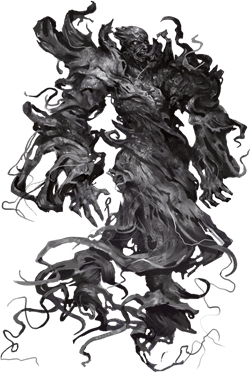 An Allip is a powerful undead created from the restless spirit of a being that killed itself. It was driven mad in life, and now seeks only to get revenge on the living, attempting to get vengeance on those that pushed them over the edge.

Attack Potency: At least Wall level, possibly Small Building level (Their rating ranges from being comparable to low-level adventurers, who can cast Burning Hands, to being able to take on those capable of casting Fireball)

Intelligence: Average, though it lacks the capacity to speak intelligibly and can only babble, driving those around them insane

Teruki Hanazawa (Mob Psycho 100) Teru's Profile (Note: 9-A versions of both were used. Speed was Equalized)