VS Battles Wiki
Register
Don't have an account?
Sign In
Advertisement
in: Tier 2, Tier 2-A, Weapons,
and 22 more 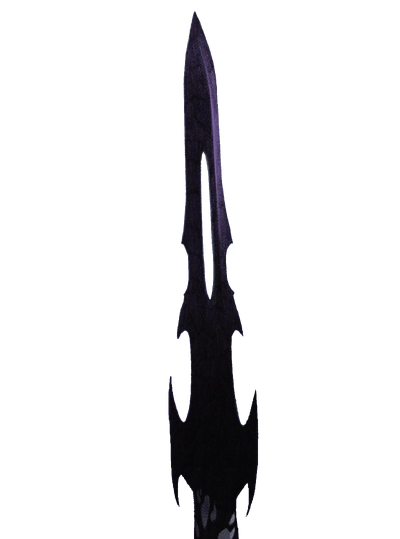 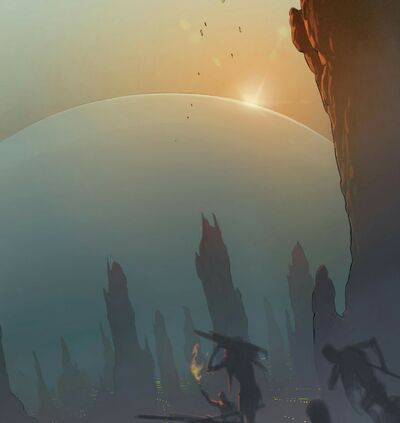 The first symbiote, All-Black was manifested from the shadow of the evil deity Knull and tempered using the divine power of a slain Celestial. Primarily taking the form of a sword made from living darkness, All-Black was wielded by Knull during the dark god's deicidal rampage, earning it the monikers of the Necrosword and Godslayer. After Knull was seemingly killed in battle against a group of golden-armored gods, All-Black left him and bonded to a misotheistic alien called Gorr who unwittingly followed in Knull's footsteps, using it to slay gods across the cosmos and earning the title of the God Butcher. Feeding off the slain gods' blood, All-Black corrupted Gorr into a kind of evil god himself, bestowing him with immortality and a host of other abilities. As a result of Knull and Gorr's deicidal campaigns, All-Black became the subject of countless stories and legends containing grains of the truth. All-Black served as both the detonator and payload of Gorr's Godbomb, a moon-sized explosive built using the designs of Shadrak the God of Bombs to kill all gods across time and space.

Name: All-Black the Necrosword, The Annihilablade, The Godslayer, The Proto-Symbiote, The Slicer of Worlds | The Godbomb

Corruption (Coming in contact with or wielding All-Black corrupts the wielder into seeking to carry out Knull's will to purge all life from the universe), Soul Manipulation (Stated by Galactus to corrupt the wielder's very soul), Power Nullification (Able to nullify immortality), Energy Projection, Darkness Manipulation, Weapon Creation, Shapeshifting (Able to shapeshift to create clothes, armor, wings, weapons, extra limbs, and tendrils), Size Manipulation (Depending on the wielder, All-Black can vary in size from a normal sword to planet-sized), Fusionism (Depending on the wielder, All-Black can fuse completely with its host, such as Ego), Absorption (Able to absorb and assimilate things such as stars and black holes, as well as the blood of gods it or its constructs kills to strengthen itself and its host), Biological Manipulation (Those cut by All-Black will be gradually infected by it, destroying them from the inside), Empowerment (Passively augments the physical strength of its host as well as their energy attacks), Power Bestowal (Grants its wielder Superhuman Physical Characteristics, Regeneration (Low-Mid), Longevity, Flight, and Life Manipulation (Able to create sentient minions such as Black Berserkers as well as artificial constructs of other people)), Resistance to Black Holes (Was undamaged by being thrown into a black hole) and Magma Manipulation (Was submerged in Ego's magma with no ill effects)

All previous powers plus Large Size (Type 5), Explosion Manipulation, Time Manipulation (Within the god bomb, time moves extremely slowly, to the point that it is described as moving through tar), Time Travel (The Godbomb is able to explode forwards and backwards in time simultaneously)

Attack Potency: Multiverse level+ (All-Black was forged from a mixture of Knull's Living Abyss and the divine power of a dead Celestial. Decapitated a Celestial when wielded by Knull. Empowered Gorr the God Butcher to the point of being able to overpower two Thors and King Thor simultaneously. Defeated Black Galactus when wielded by King Thor. Killed numerous Celestials when merged with Ego. Effortlessly killed Ego when wielded by Ikol) | Multiverse level+ (Uses All-Black as both a detonator and an explosive, killing all gods that exist, have existed, and ever will exist, including King Thor and Odin)

Speed: Unknown, Can empower its host to Massively FTL+ speeds | Immobile, Omnipresent via Detonation (When detonated, the Godbomb explodes throughout all of space-time simultaneously, causing all gods in the multiverse to simultaneously die over every second of their lives in the past, present, and future all at once, killing every god who lived or will ever live)

Range: Varies from Extended Melee Range to Planetary depending on the wielder | Multiversal+

Weaknesses: Its powers will diminish if deprived of the blood of gods for an extended period of time (Though this takes an immensely long time to happen). Sufficiently powerful divine attacks can purge All-Black from its host. | None notable