VS Battles Wiki
Register
Don't have an account?
Sign In
Advertisement
in: Tier 7, Tier Low 7-B, Tier 5,
and 26 more 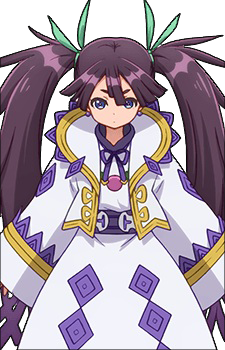 Alka is the mayor of the legendary Konron village, known as its strongest member and greatest master of magic, who took a particular liking for Lloyd and requested her apprentice Marie to help him become a soldier.

Tier: At least Low 7-B, likely far higher. 5-B with runes

Powers and Abilities: Superhuman Physical Characteristics, Magic, Immortality (Type 1, Achieved immortality over 100 years ago[1]), Teleportation, Curse Manipulation (Able to inflict curses of misfortune[2]), Healing (Can heal any possible injury[3]), Summoning (Able to use the runes to summon a meteor rain[4]), Transmutation (Can turn people into frogs[5]), Statistics Amplification (Can use a rune to increase the power of her attacks[6]), Plant Manipulation (Can use a rune to make grow all plants in the continent[7]), Paralysis Inducement (Restrained Marie's movements with a rune[8]), Matter Manipulation (Can fuse things on a molecular level[9]), Explosion Manipulation (Can use explosive runes[10]), Pain Manipulation (Can use a rune to cause frequent severe spams to her target[11]), Forcefield Creation (Can create large barriers[12]), Stealth Mastery (People from Konron village are able to move without making sounds and blending perfectly into the forest to sneak up all kinds of creatures and taking them down before they even notice[13]), Regeneration (Mid-Low; Should be able to heal compound fractures in all bones of her body with one long scream[14]), Able to vaporize people using a rune[15]

Attack Potency: At least Small City level, likely far higher with spells (Far above Lloyd Belladonna). Planet level with runes (Ancient runes need an amount of magical power proportional to the effects they'll have, such as needing enough magic power to destroy the world to summon a dragon that can do so, something Alka can do,[16] and she's said to hold enough power to destroy the world on a whim[17])

Intelligence: The greatest magic master in the legendary Konron village.[19]

Weaknesses: Her powers are tied to the life of the Konron Village guardian, Vritra. If he is killed she will be reduced to a powerless state and lose access to her magic.