VS Battles Wiki
Register
Don't have an account?
Sign In
Advertisement
in: Tier 6, Tier 6-A, Characters,
and 20 more 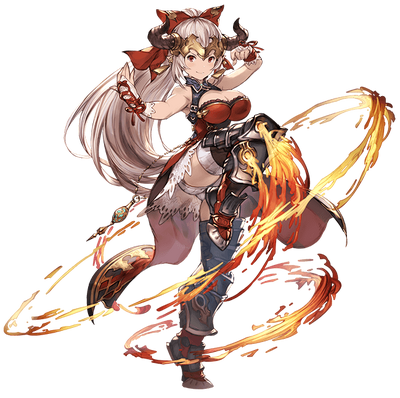 Having discarded the unnecessary and the ungainly, this princess revels in freedom and new experiences. Dreaming of the day she duels with her beloved, Aliza burns like a searing flame in pursuit of self-improvement.

Attack Potency: Continent level+ (Equal to Stan and fought against Randall, who with Feather, was able to break the machinery on Al-Khalid's neck)

Stamina: Very high. She is able to fight hard fought fights one after the other without break.

Intelligence: Above Average. She is expert at using martial arts and was able to learn new techniques in mere days.

Weaknesses: Weak to Water based attacks.