VS Battles Wiki
Register
Don't have an account?
Sign In
Advertisement
in: Tier 7, Tier 7-B, Tier 6,
and 40 more 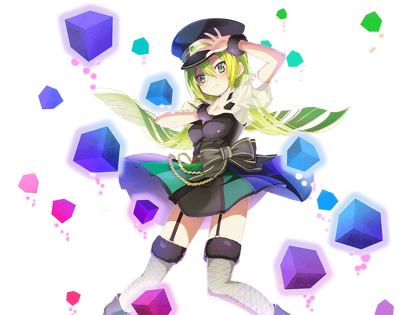 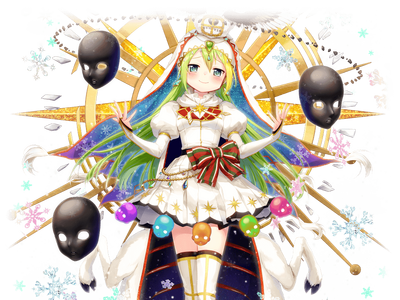 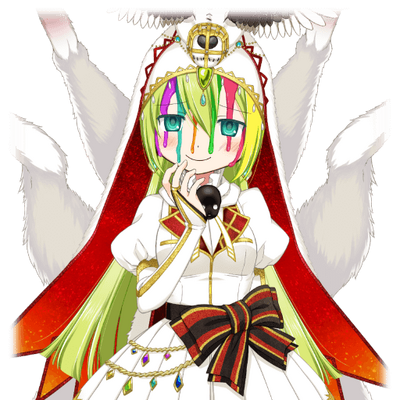 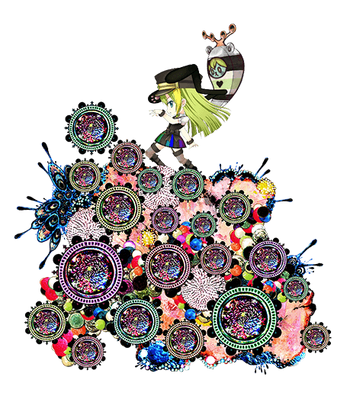 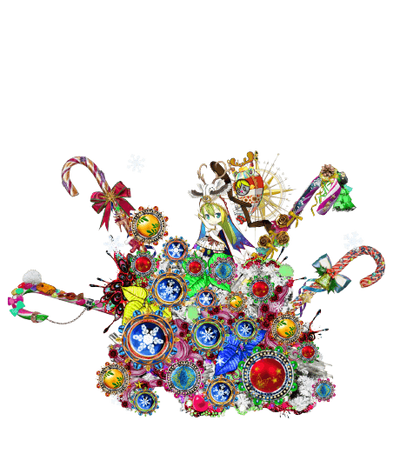 Alina Gray is one of the four Magius in Kamihara City, first introduced in Magia Record as an antagonist. her mental state was almost always indulged in her ability to draw and paint, reaching the point that she was considered a prodigy and featured in a museum. However, upon receiving a letter that suggested she should quit creating art because she has no goal other than drawing, she spirals into madness, ultimately leading to an attempt of suicide. She survives, and becomes a magical girl drawn to the nature of life, death, and witches, at times bordering on insanity.

Holy Alina is the perfect merger of two imperfect beings, Alina being her usual unstable self and a Rumor created solely for her. In her event story, its revealed that her powers were overridden by the Happy Stamp Uwasa, hence the happy results.

Realizing that her plans differ from the rest of the Magius, Alina once again combined with her Rumor against the wishes of Nemu, resulting in her madness only rising. Her current whereabouts are unknown.

All previous abilities, Weather Manipulation, Spatial Manipulation, Life Manipulation (Can steal the life force of others, though she usually gives a 'wish', which can be something as small as making someone warm, in return), Blessed and Probability Manipulation (The Rumor of Happy Stamps overrode the Rumor of the Fur God, resulting in Holy Alina bringing luck to everyone she meets), Flight (Saved Mifuyu and flew out of an exploding building). Should have the base abilities of a Rumor as well. Resistance to Existence Erasure (Somehow prevented Nemu from wiping her Rumor out of existence, may have to do with the nature of the Rumor itself.)

Attack Potency: At least City level (With a mere hand sign, she broke the barrier of a witch. Should be leagues above any Kamihara witch and most, if not all, the normal Kamihara magical girls. Absorbed multiple Staceys and their barriers within her own in the anime), likely higher as a Doppel witch (Considerably strong by magical girl standards, should be similarly overpowered as Old Dorothy) | Likely Island level (Should be comparable to Holy Mami, proved herself to be a great threat to Nemu as well)

Lifting Strength: Unknown, likely Class 50 as Old Dorothy (Her fake body should weigh a significant amount, she should also be significantly stronger than a Berserk Felicia) | At least Class 50 (Should be far stronger than her previous form, even as a Doppel Witch)

Durability: At least City level, significantly Higher with Pocket Reality Manipulation (Capable of containing witches with the greatest of ease, even going so far as making them stronger.) Higher for her Soul Gem and as Doppel Old Dorothy | Likely Island level, Higher with her Barriers

Stamina: At least Superhuman (Described as a magical girl with immense potential by Kyubey meaning she is easily superior to the likes of Homura Akemi. Notably used Doppel twice in a battle, when even one-time usage in combat is borderline destructive to a magical girl.) Reverting from her Doppel form will restore her stamina | Superhuman as Holy Alina (Has stated that the fusion with the Fur God has considerably terrible mileage, however, still can go a week without extreme corruption, though she did lose her Invisibility)

Range: At least several kilometers, is notably a ranged fighter which tends to be around kilometers in the Puella Magi verse and creates barriers which generally are also around a few kilometers. The soul gem can only possess the magical girl's body up to 100 meters away. Interdimensional with Extrasensory Perception (All magical girls can detect witches location from outside of their barriers) | Several kilometers (Warped the sky, creating a nebula like image in the sky by sending one of her light constructs deep in the atmosphere), likely higher with Extrasensory Perception (Could detect people with 'cold' hearts regardless of what part of the city Alina was in)

Standard Equipment: Her soul gem and possibly some grief seeds. A cube construct that Alina had made out of light, several witches in her pocket realities (Including Durbar and multiple Staceys) | Now wields a tetrahedron star construct, several death masks

Intelligence: Likely Genius in terms of combat (Is a Magius, which makes her one of the three leaders of the Wings of Magius cult, heavily implied she managed to beat Mami Tomoe and somehow escaped the Doppel form of Touka Satomi), likely Gifted otherwise (Studies the "biology" of the magical girl and as well as Rumors and Doppel Witches, has an in-depth knowledge of art.) Doppel Witches generally have a mind of their own in addition to their 'Masters', however, it is usually equal to their magical girl form albeit more violent and bordering on the morally gray

Weaknesses: Is addicted to art (She also considers witches art), to the point that she would risk her life to complete an artwork. It is possible that Alina is a sociopath or insane, as Kyubey comments that her emotions may mimic stuff like worry and fear, they are, however, not those emotions; additionally, she even considers her own death worth recording for the sake of art. Destroying her Soul Gem would kill her immediately | Removing her clothes would revert her back to an ordinary magical girl, the Rumor is likely driving her even madder