VS Battles Wiki
Register
Don't have an account?
Sign In
Advertisement
in: Unknown Tier, Characters, Gantz,
and 27 more

Aliens Of The Truth 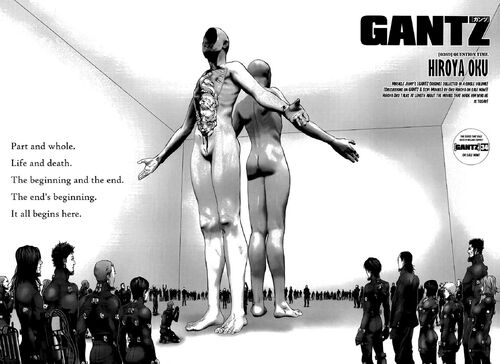 Powers and Abilities: Creation, Shapeshifting, Matter Manipulation, Life and Death Manipulation (Can easily resurrect people or instantly kill them), Precognition (Can see the future), Teleportation, Status Effect Inducement (Can cause eyes to bleed just by looking at them), Telepathy, Telekinesis, Soul Manipulation (Can transfer and replicate souls), Duplication (Can exactly replicate any human beings), Technological Invisibility (Recording devices can not detect them), Techno-mage, Cosmic Awareness (They are aware of things on universal scale), Astral Projection (Can manipulate souls and reincarnation cycles)

Attack Potency: Unknown (Capable of instantly obliterating a clone of Kei Kurono in his Gantz Suit. Banished the Giant Aliens when they were trying to invade the Alien Gods' home planet. Destroying the Earth is not a big deal for them). Their powers can ignore conventional durability

Range: At least Interstellar with Teleportation, likely Universal (They can access to dimensions beyond the physical plane of existence, where the souls exist, and the reincarnation cycle occurs)

Intelligence: Supergenius (Capable of inventing an advanced technology far beyond human science. It is stated that the God Aliens are the Akashic records that provide Heinz's daughter with information to build Gantz in order to protect humanity from extraterrestrial threats. They also have a vast and deep understanding of the universe, answering every single humans' questions inside The Room of Truth, and capable of seeing the future)