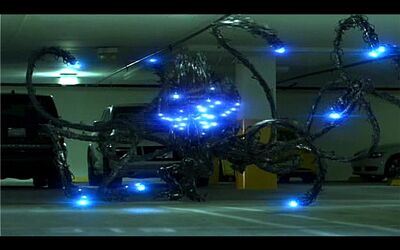 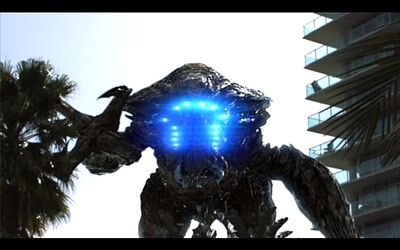 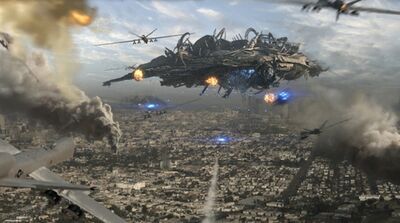 Powers and Abilities: Superhuman strength, speed, reactions and durability, Mind control/biological modifier light, can absorb living beings, can sprout tentacles, can shoot electricity out of their tentacles, flight, regeneration, can fix and reconstruct anything in a few hours, their ship has a tractor beam and can isolate radiation.

Weaknesses: If someone sees the light that for too long that guy´s stats will improve and will become immune to those lights, if the someone watched the light for too long and he is body-snatched the guy will retain his memory, the ship despite being able to survive a nuke it took dozens of minutes to repair.

Retrieved from "https://vsbattles.fandom.com/wiki/Aliens_(Skyline)?oldid=4106284"
Community content is available under CC-BY-SA unless otherwise noted.